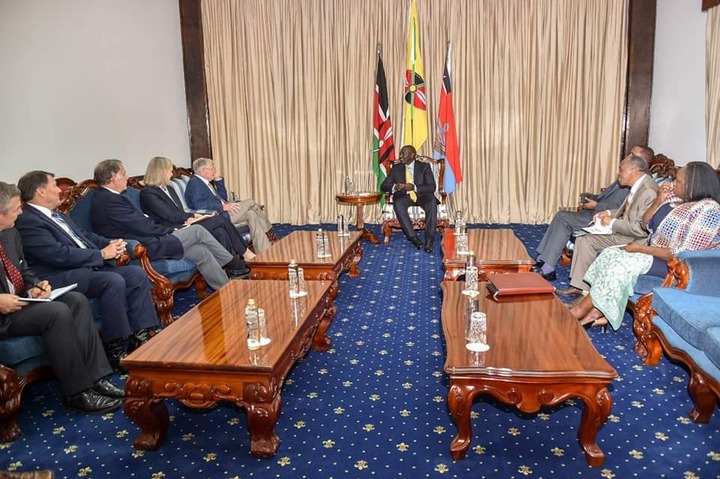 His Excellency the Head of State president Wiliam Ruto has broken silence after holding a high profile leaders meeting on Monday afternoon.

According to him, the leaders were a delegation from the United States of America's Congress and their aim was discussing areas of partnership with Kenya. 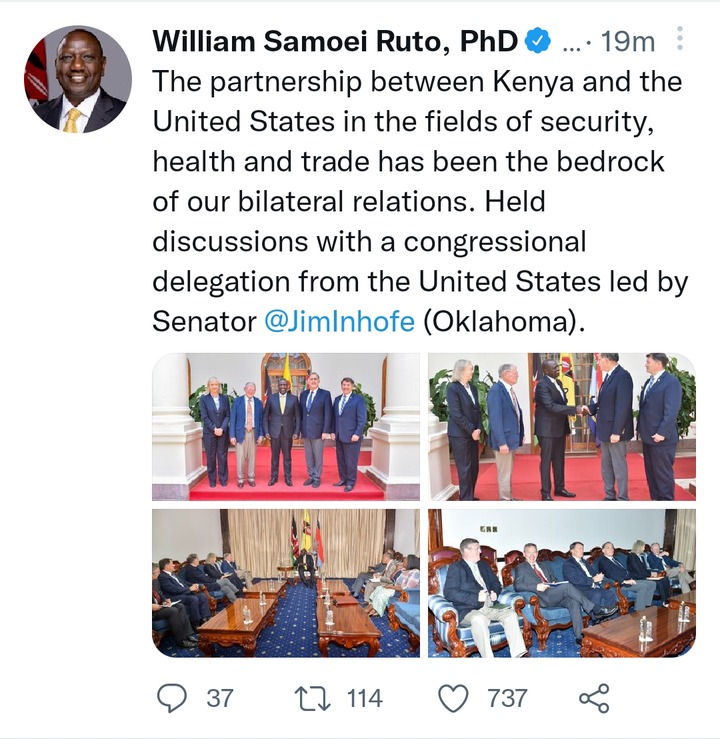 This comes days after His Excellency the Head of State President William Ruto met with his United States counterpart Joe Biden in New York City.

The President, who was accompanied by First Lady Rachel Ruto, was invited by President Biden to a reception during the 77th session of the United Nations General Assembly (UNGA).

The two Heads of State resolved to strengthen ties between the two nations to ensure they enjoy economic prosperity.

Ruto, during his US tour, also met the nation’s Secretary of State Antony Blinken.

“[I] met the United States Secretary of State @SecBlinken in New York. We pledged to advance our strategic partnership at both bilateral and multilateral levels."His Excellency the Head of State president Wiliam Ruto.

Tension on State House: Individuals Attempt To Sow Seeds Of Discord Between President & His Deputy

'' I Am Ready to Work With Ruto's Government'' Kalonzo Reveals, Issues Conditions

Detectives Foil a Robbery Attack, Arrest Members of a Dreaded Gang in Kakamega With Crude Weapons

"They'll Keep Winning, Such Remarks Cannot be Ignored" Expert Weighs in on Remarks By KKA Politicians