Atwoli Clarifies Why he is Supporting Ruto Government 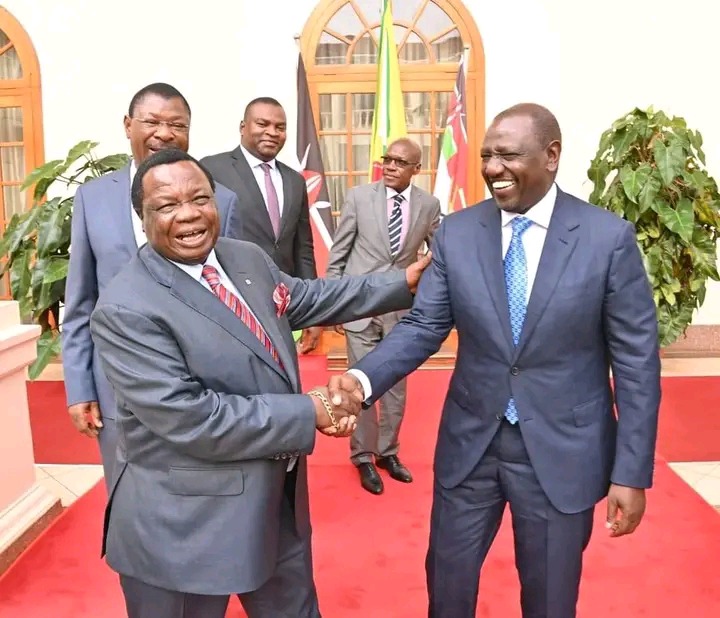 As the self-styled chief hustler_William Samoei Ruto threw his hat into 2022 statehouse ring, there rose two antagonistic groups with some agitating for his rule with the other working around the clock to see to it that his longtime dream of having his name mentioned and written alongside Jomo, Moi, Kibaki and Uhuru is shattered. 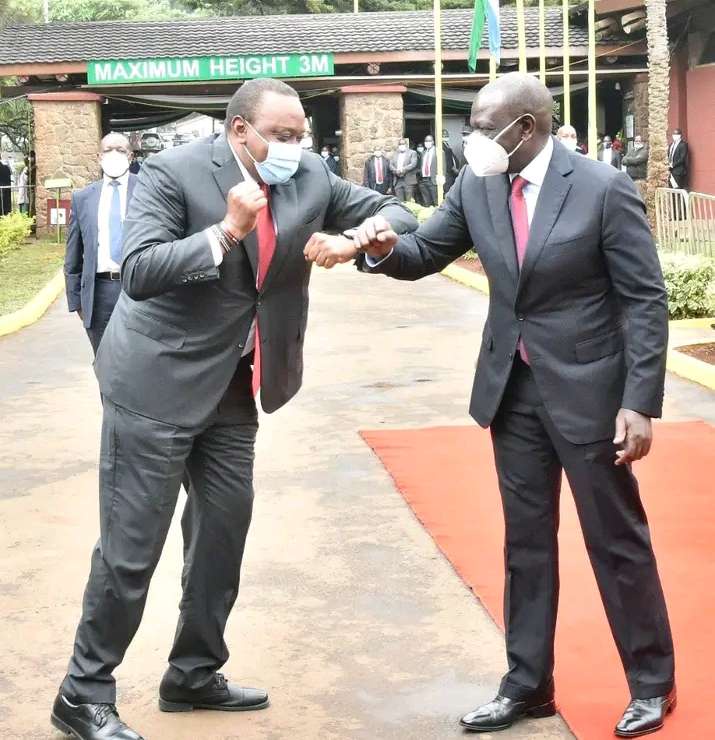 Of those who belonged to the latter faction is the outspoken Central Organization for Trade Unions (COTU) secretary general_Francis Atwoli. In 2014, the trade unionist publicly announced that Ruto' s ambition of unseating Kenyatta II was but a pipe dream.

Atwoli kept his anti- Ruto momentum alive for years end but after August 9 poll, his preferred candidate received a rounded beating in the hands of UDA leader and this badly exposed Atwoli. 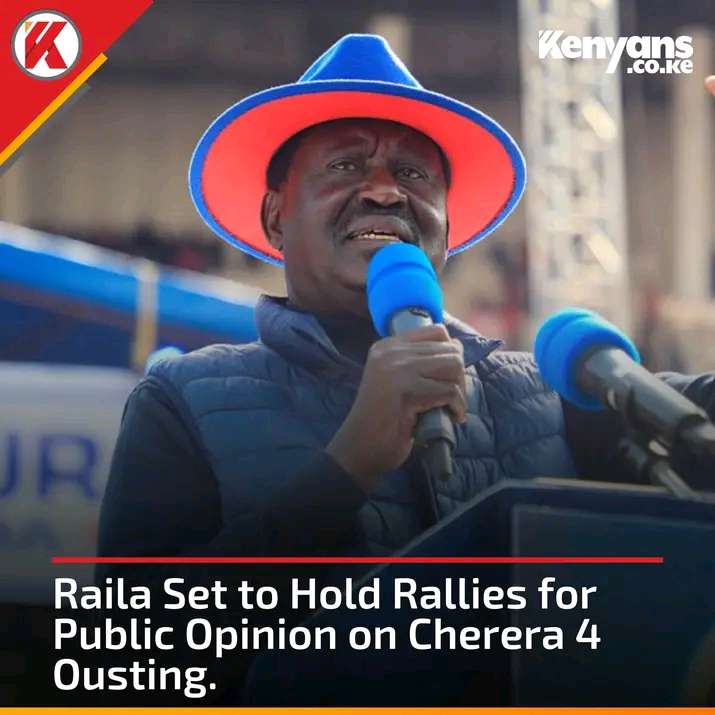 In unexpected turn of events, the trade unionist has dumped Raila' s team for Ruto citing that his move was necessitated by desire to ensure good cooperation between the workers and the government.

He further ruled out Raila' s chances of occupying the House on the hilltop, in his discourse, Atwoli lauded the man from Sugoi for his agility and unmatched political antics predicting that in the likely event ODM party mandarin dares Kenya Kwanza head into a political duel in 2027 poll, the former Prime Minister stands to receive a rounded beating from Samoei who looks indomitable and agile in his political endeavours. 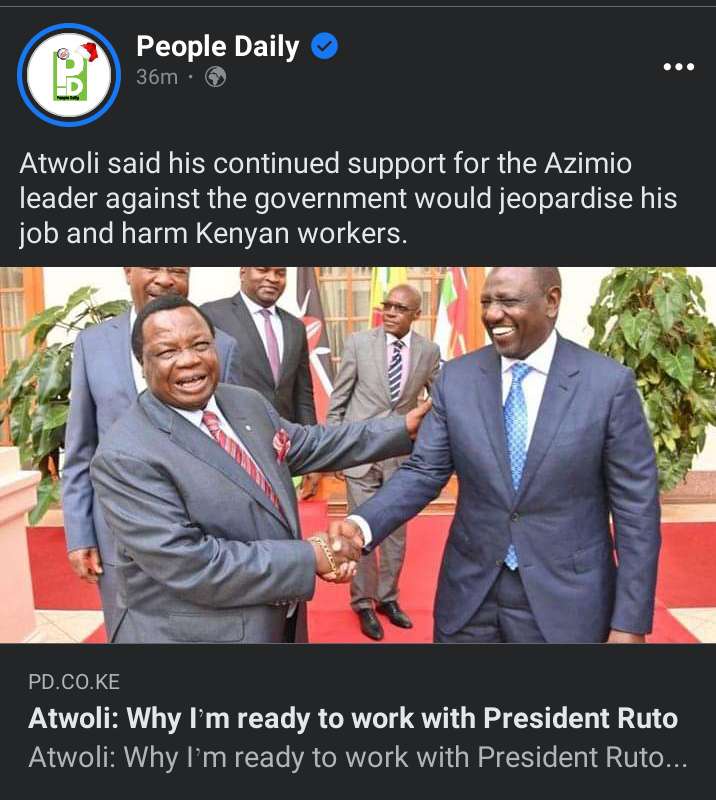 As Ruto' s government takes the final shape, Raila has vowed to rally his supporters to defend among other things the Independence of independent institutions among them IEBC and courts, high cost of living, GMO proposal among others, pundits have termed Raila' s will- be rallies as a prelude to Jakom' s habitual reinvention ahead of 2027 poll. Will Azimio leader reinvent self and dissaprove Atwoli and team wrong? well, time will tell.