By WawireCornel (self media writer) | 5 months ago Tanzania have been thrown in deep mourning after the death of the father of former Defense and National Service Minister Elias Kwandikwa, Mzee Kwandikwa.

In a report on social media, Tanzanian journalist Hilda Newton revealed that mzee passed away on Wednesday.

This translates to: The father to former Defense Minister has passed away.

The sudden death of Mzee Mwandikwa comes just days after the death of his son, Elias Mwandikwa.

Elias, Tanzania’s Defense and National Service Minister died on Monday night in Dar es Salaam, the office of the president said on Tuesday.

“We have lost an important person whose contribution in the public service will not be forgotten. He was a strong leader who was implementing his duties in accordance with the law and regulations,” the presidency said in a statement, with no mention of the cause of death. 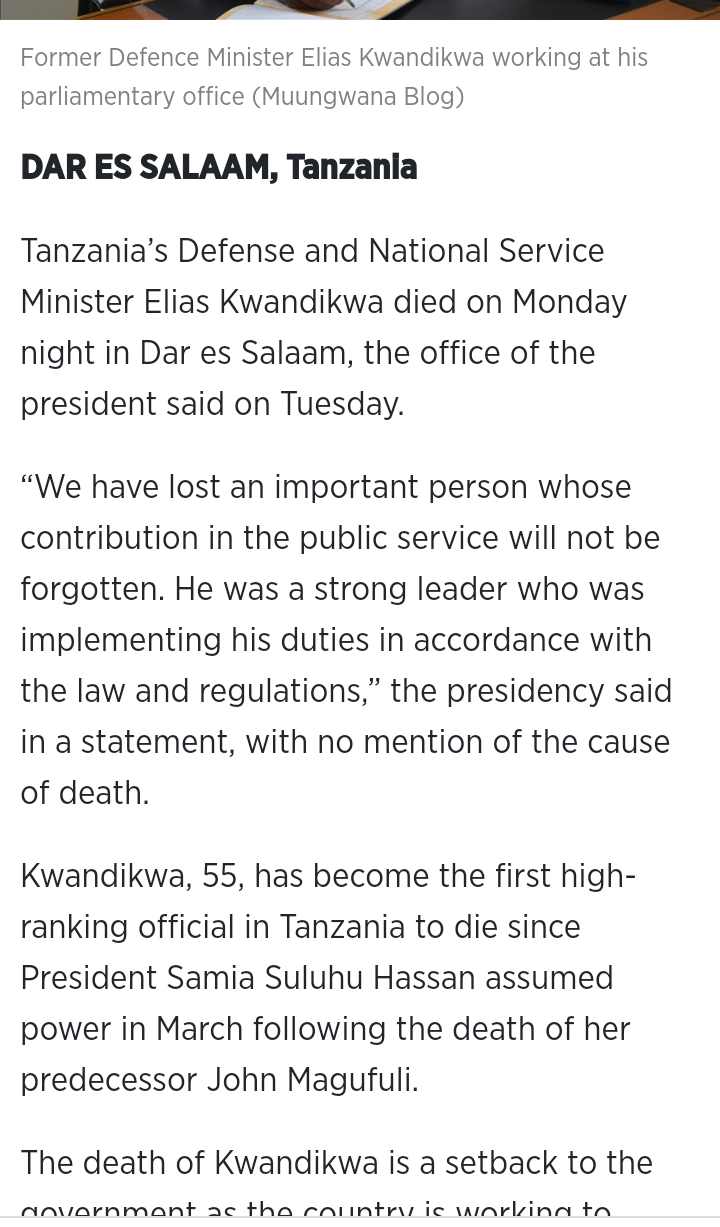