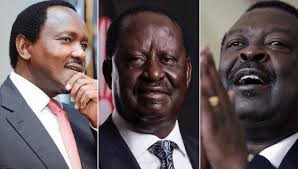 During the 2017 general elections, the Orange Democratic Movement party leader Hon Raila Amolo Odinga was joined by Kalonzo Musyoka's Wiper Democratic Movement, Musalia Mudavadi's ANC, Moses Wetangula's Ford Kenya and Isaac Rutto's Chama Cha Mashinani and formed the National Super Alliance (NASA). Hon. Raila Amolo Odinga was nominated to be its presidential flag bearer but the Coalition ended up loosing to the ruling Jubilee Coalition. The National Super Alliance is since dissolved and some of its chiefs have formed the One Kenya Alliance.

According to the Star Kenya, Mudavadi and Kalonzo have differed over whether they have received money in their accounts from ODM or not.

"Mudavadi party says money has not been wired, but Kalonzo's can neither confirm nor deny." Tweeted by The Star Kenya 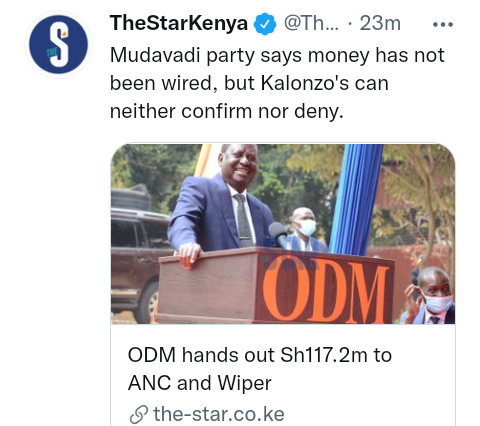 Have You Ever wondered What Makes Places Unique?