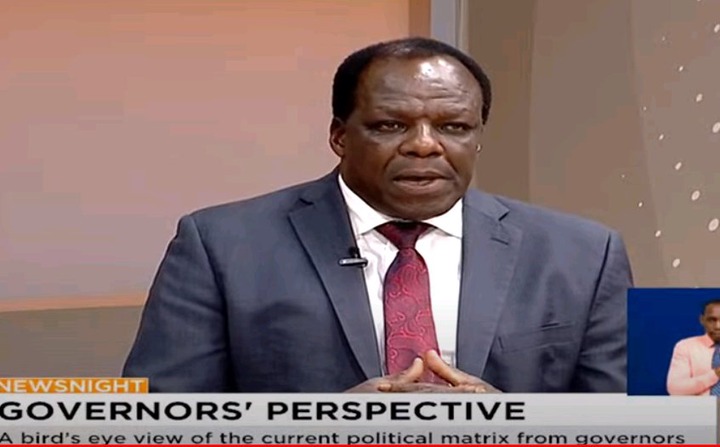 Governor of Kakamega Wycliffe Oparanya has said that he has yet to receive feedback on his application to be the ODM Party's presidential candidate in 2022.

Governor Oparanya stated on Tuesday evening during his appearance on Citizen TV's Newsnight broadcast that he voluntarily stepped down for Raila Odinga despite having paid the KSH1 million application fee required of any aspiring flagbearer.

According to Oparanya, he decided to resign following Raila's tour of the country, when fans urged him to run again in 2022. He stated that he had never received such calls from supporters of the party.

The county boss said that they were kept in the dark about the application's status and that he would demand a refund of his one million shillings if the party officially rejects his application and names another candidate.

Raila will inform us on Friday whether he has accepted the people's call to run for president. We applied for the appointment with Governor Hassan Joho, and I paid the Ksh1 million application fee. We were, however, unable to meet with delegates because of COVID-19. Our applications were denied due to the corona.

We waited, but have had no information or response to date, and I am quite honest. There is also no reimbursement, but as soon as other applicants are identified and I am informed that my application was not processed, I will demand a refund of my Ksh1 million. We've been out and about with Raila, and people have urged him to give it another shot. I've simply decided to succumb and support him, "he declared.

Socialite Amberay Over The Moon After Her Best Friend Surprised Her With This Amount of Money.

Just In: What Has Been Spotted On Mombasa Road Today That Has Caused Serious Traffic Jam At Mlolongo

NTSA Introduces New System In Crackdown On All Motorists