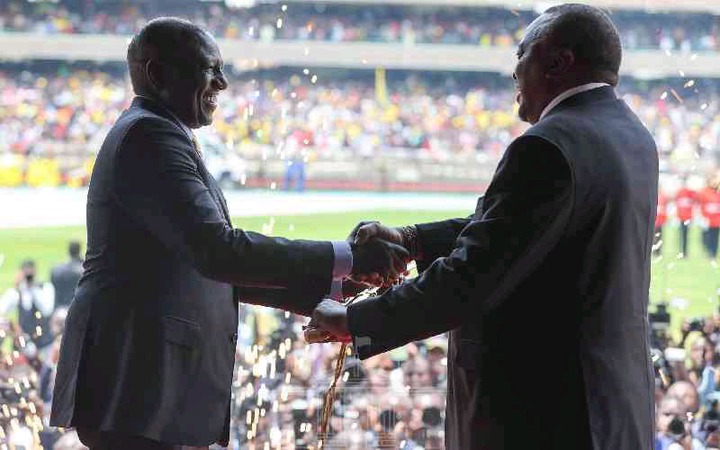 For this reason, Bigambo claims, not Uhuru but the previous Prime Minister is Ruto's primary target in offering Uhuru the position of overseeing peace efforts in the region.

Ruto knows that in the coming days, Raila will cause him trouble, and that this would only increase if Raila receives the support of Uhuru, who backed Raila's failed presidential candidacy in August.

He explains that as Uhuru cannot serve in both the government and the opposition, Ruto has offered him the role in order to further isolate Raila. 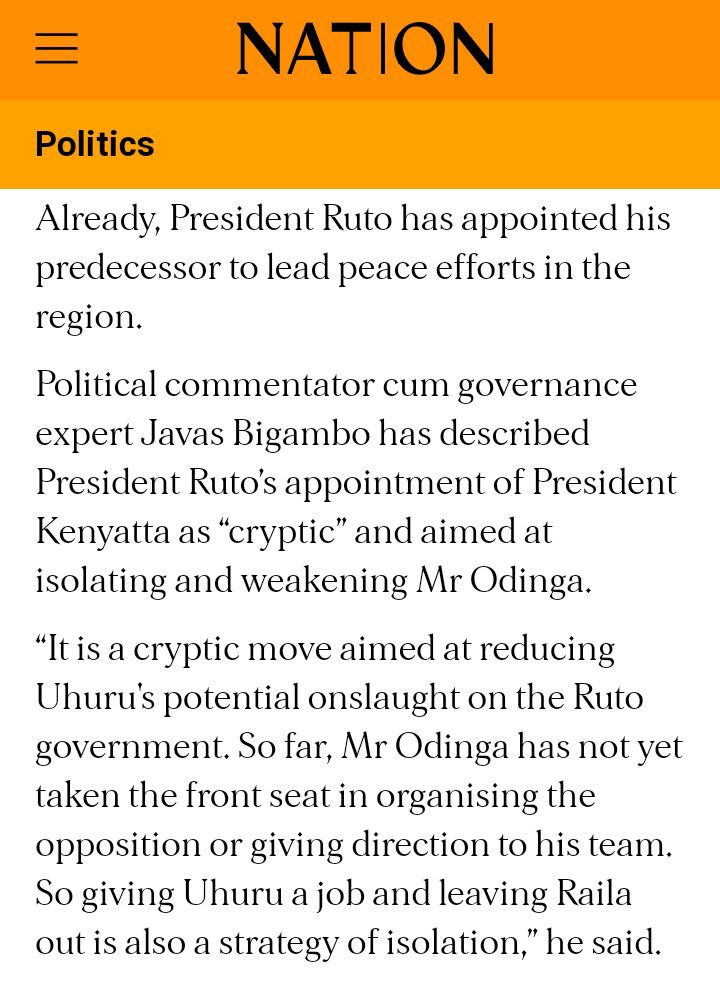 It's a mysterious maneuver to lessen the blow that Uhuru could deliver to the Ruto administration. Mr. Odinga has not taken the initiative to lead the opposition or provide strategic guidance for his team as of yet. According to his comments in the Daily Nation, "offering Uhuru a job and shutting out Raila is likewise a tactic of isolation."

Raila's supporters, though, are confident that Ruto's plan would fall flat and argue that Uhuru can remain in the opposition while doing his new duties, just as Raila and Wiper leader Kalonzo Musyoka have been doing.

Even if one holds the title of "special envoy," they are still free to vote and otherwise engage in politics. Vihiga senator Godfrey Osotsi told the media, "We have seen that with Wiper leader Kalonzo Musyoka and even Baba."

Ruto has been making overt efforts to contact Raila, and has reportedly offered the former politician an appointment in exchange for his resignation from politics.