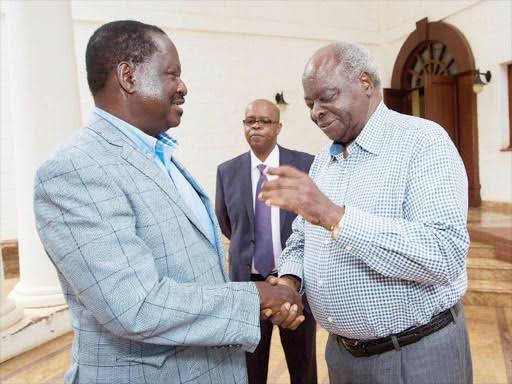 A file photo of Raila Odinga with HE Mwai Kibaki.

This is a huge boost to Raila Odinga in his desire to be the successor of the current Head of State president Uhuru Kenyatta after the 2022 presidential elections.

Among those who have endorsed the move is the Cabinet Secretary in charge of the Ministry of Agriculture CS Peter Munya who is the PNU Party leader.

He was franked by the Laikipia County governor Nderitu Muriithi and other top officials within the party that had seen president Mwai Kibaki win his second term of presidency. 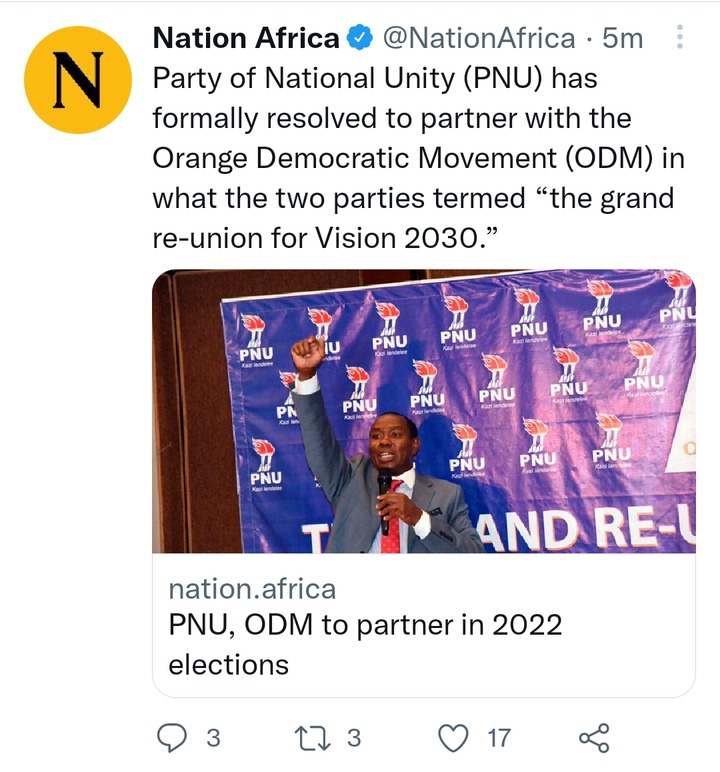 Attended by a host of ODM politicians led by Edwin Sifuna (ODM secretary-general), Gladys Wanga (MP, Homa Bay), Mark Nyamita (MP, Uriri) and a host of PNU leaders, the “marriage”, they said, was a perfect match.

“We have worked together before, and life was good, The party has commenced recruitment of candidates…If your vision is in line with our party, you are free to join us."said Orange Democratic Movement ODM party Secretary General Edwin Sifuna.

On his part, Laikipia county governor noted that history has taught leaders a lot. He said the new move will go a long way towards rekindling the good working conditions between leaders from different areas.