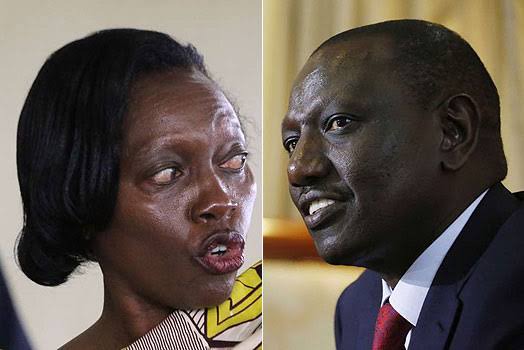 Former Tanzanian president Benjamin Mkapa was instrumental in peace talks that brought to an end long months of post election in 2007.

In his biography, the former president who died in July 2020 aged 81 could not exclude the experience in Kenya peace talks as he revealed how some of the political leaders had to be locked out of the talks to enable Raila, Kibaki reach an agreement.

Now that the deputy president William Ruto and Martha Karua are at the centre of the August 9 elections, it makes sense for us to revive and weigh on Mkapa's words about these two leaders. 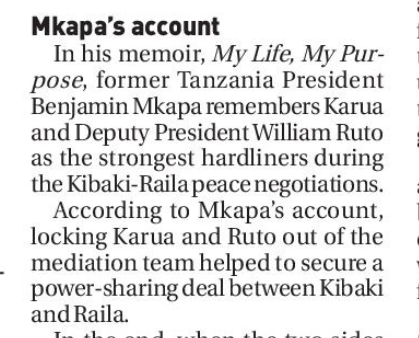 In the Biography, Mkapa observed that Martha Karua representing the Kibaki PNU party and the deputy president William Ruto who was then representing ODM were the strongest hardliners during the talks defending their bosses.

After he situation got out of and Ruto and Karua could not agree on anything, the mediation was forced to lock them out of the talks.

It was only after the two leaders were locked out of the peace talks that a power sharing deal was reached between President Mwai Kibaki and ODM boss Raila Odinga.