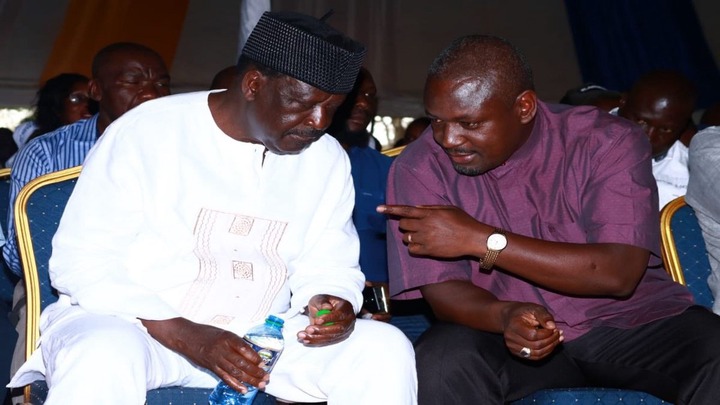 Raila reinstated that they got evidence from the IEBC Portal that even shocked the judges but the Supreme Court Judges were threatened which made them deliver a judgement that everyone knows was not good. He further reinstated that he will not quit in his quest to fight for justice since he believes that the truth will come out. 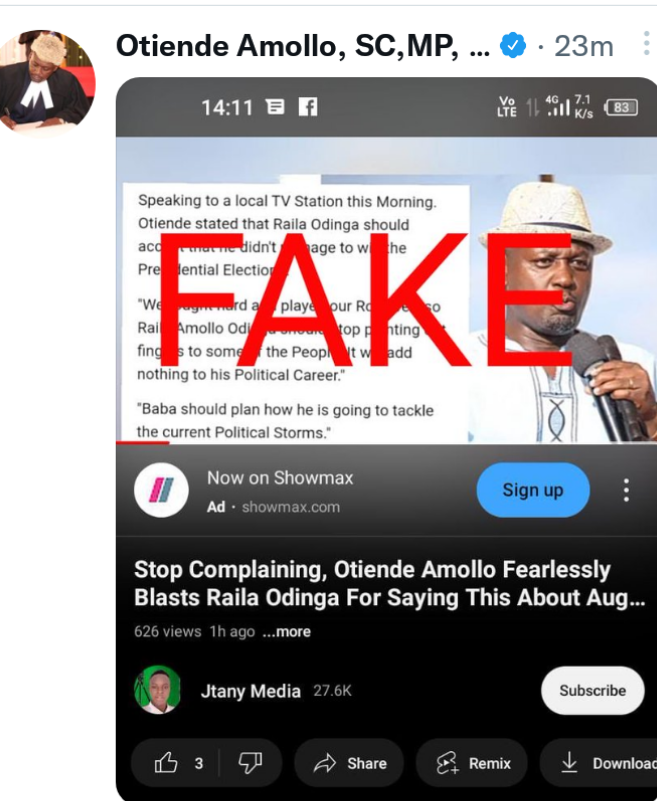 Rarieda MP, Otiende Amollo while responding to a viral article claiming that he criticized Raila for saying that Azimio won Presidential election has refuted the claims. According to Otiende Amollo, the article is spreading fake news as he advices his followers to ignore it.

The article claims that Otiende Amollo while speaking to a local TV Station stated that Raila Odinga should accept that he lost the concluded Presidential election to William Rutio and that he's the one to blame for his fifth loss at the Presidency. Kenyans on the other hand are eagerly waiting for Raila Odinga's meeting with his supporters at Kamukunji Grounds on 7th December.