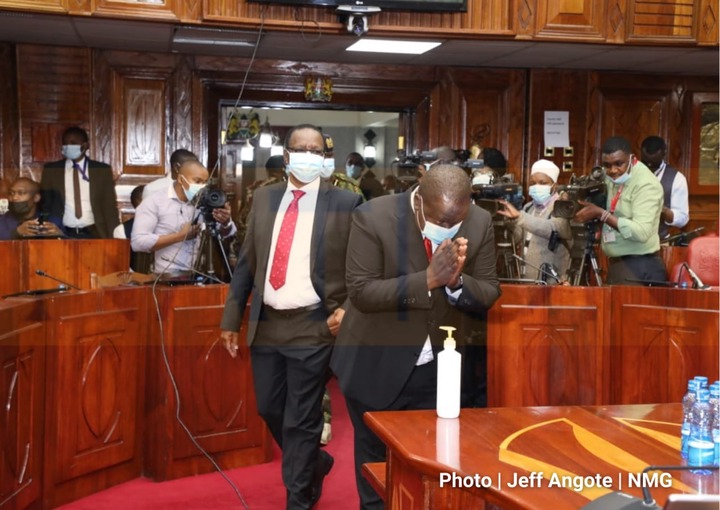 Ministry of interior cabinet secretary Dr. Fred Okengo Matiang'i and his principal secretary Dr. Karanja Kibicho have already presented themselves in parliament buildings in honour of the summonses served to them to explain the controversy surrounding the downgrading of DP William Ruto's security detail a week ago.

The committee on Administration and National security requested the duo to appear before it following unprecedented online uproar on the developments which have since been termed as breach of the DP's security.

By yesterday, the Committee chairman, Peter Mwathi, noted that Interior Principal Secretary, Karanja Kibicho, Inspector General of Police, Hillary Mutyambai, will also accompany Matiang’i to the meeting and that all three top security bosses have confirmed their attendance. 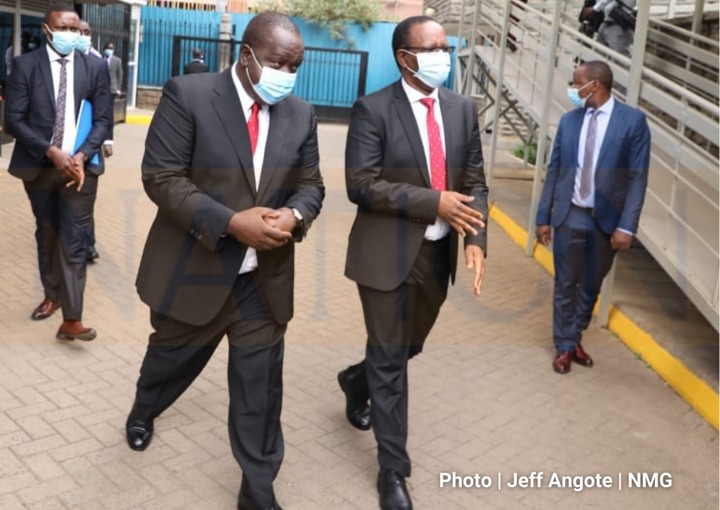 According to Mwathi, Members of Parliament will seek to establish the procedures and laws the top security organs used to downgrade Ruto’s security from the elite General Service Unit (GSU) to Administration Police (AP).

“We want them to shed light on whether the action they took is within the law, and if not, we will have no option but to ensure that the law is followed,” noted Mwathi.

The committee will also seek to establish the measures taken by the National Police Service to ensure that the Deputy President's security and safety are not compromised.

Freedom of the press has also been taken care of since journalists have been allowed to cover the grilling, unlike in past events where journalists were kicked out of a senate Committee meeting where Interior CS Fred Matiangi was being grilled over the dramatic arrest of three senators last year. 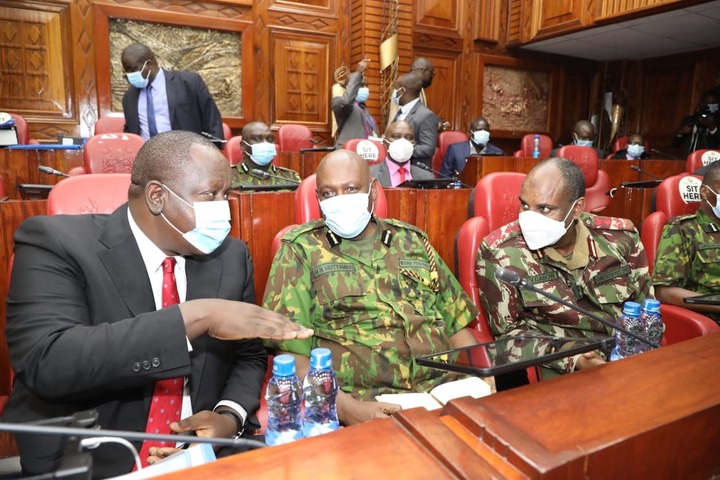 In the onset of the grilling, the adamant cabinet secretary has rejected claims that deputy President William Ruto's security was downgraded. He reiterated that the presidential escort that forms the core security of the second-in-command is still intact. 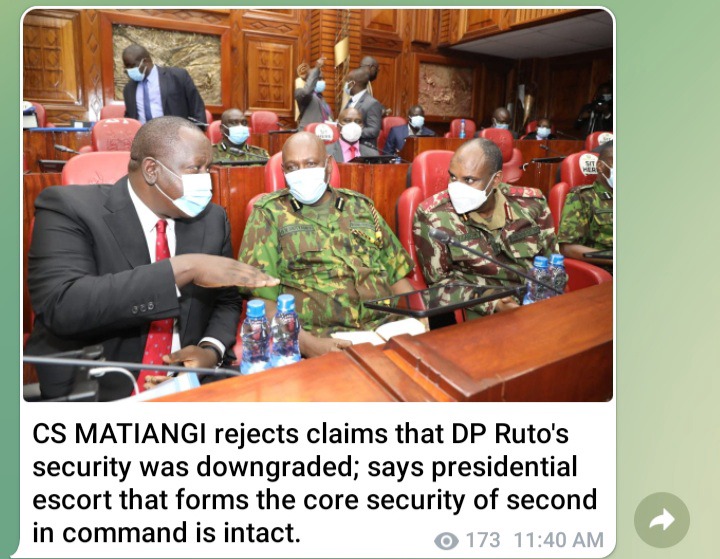