By hamo (self media writer) | 3 months ago 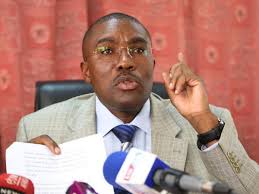 Kabando wa Kabando is a vocal Kenyan politician. He represented the Mukurweini Constituency in the National Assembly of Kenya for two terms having been elected for the first time in the 2007 Kenyan general election under the Safina Party.

Kabando Wa Kabando is known to be a vocal and outspoken politician in Kenya. He is always sober and speaks out his mind. Hon. Kabando Wa Kabando surprised many Kenyans when he opened up on the Vifaranga Vya Computer issue that came up during the 2017 general elections. The flamboyant politician publicly admited that Jubilee Coalition did not win the 2017 general elections but instead rigged the elections. Kabando Wa Kabando confesses that the process started all the way from Jubilee nominations saying that they messed up and admitted that the Vifaranga Vya Computer was a reality.

"2017 we did not only mess Jubilee nominations but we rigged the national elections, vifaranga vya computer. -@Wakabando." Tweeted by Kenyans.co.ke 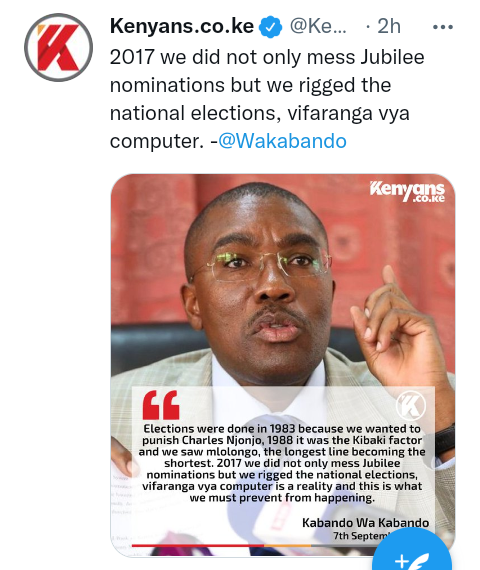