By Allnewsnow.co.ke (self media writer) | 1 month ago

Orange Democratic Movement party MP candidate (Dr Ochoki) has endured suffering during the campaign trail at Kaptembwa, near Nakuru town in Nakuru County. Speaking with the press after the incident, ODM supporters in Kaptembwa said they are sick of goons and incompetent political competitors who used irate youths to stop their candidates. 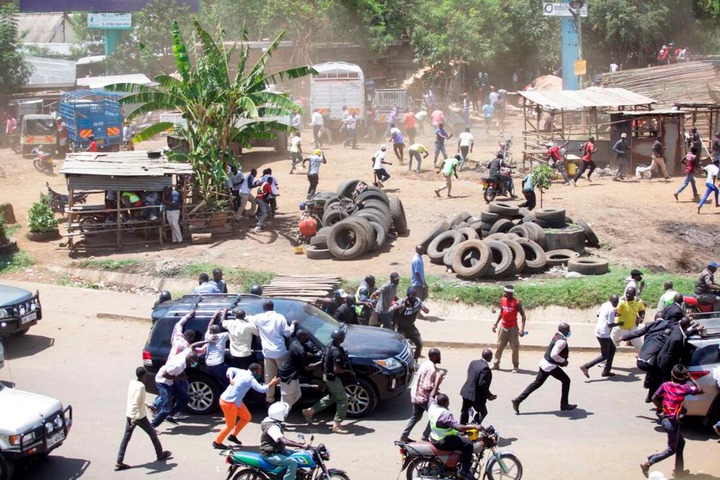 In addition, the ODM supporter said that they had reported the matter to the police station, and they are waiting for officers and DCI collectively to take action over such situations that are common in Nakuru lately.

Today’s incident is the second previously reported scene in Nakuru West where another MP candidate was attacked by criminal gangs working closely with a sitting MP. ODM supporters have warned the irate youths about the continued trouble they are causing towards the August elections.

To sum up, the ODM candidate in Nakuru has met with irate youths while on the campaign trail at Kaptembwa, Nakuru County. The reports emerging now show that three people were injured at the scene.

Election Update: Police Tighten Security As Kenyans Turn Out Early to Vote Across the Country

Tension as a car ferrying marked ballot papers is nabbed

2 Police Officers Arrested In Narok While In Possession Of Marked Ballot Papers.