By MogsonTV (self media writer) | 1 year ago 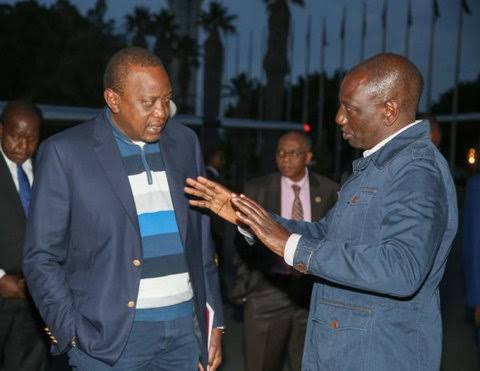 Kieleweke Members initiated the removal of Dr Ruto's loyalists from the Jubilee Party as well as in the Senate and in the National Assembly. This led to the removal of Senator Murkomen from the post of the leader of Majority, Susan Kihika from the post of Chief Whip, deputy senate speaker senator Kindiki among other leaders. Jubilee Party extended its purge to the House committees where leaders allied to Dr William Ruto were removed from various House Committees membership. As per now, almost all Ruto's loyalists have been fired from their leadership positions.

Kieleweke Members led by Nyeri Town Honourable Ngunjiri Wambugu and Cherangany MP Joshua Kuttuny, have launched the onslaught directed on the deputy president William Ruto. They says that DP Ruto is earning public money without working. They accused him of not assisting the Head of State in running the government. "He is earning public money without money. He should do the honourable thing and quit," Wambugu said.

OPINION: Worst Referee And VAR Decision Against Man United In The EPL