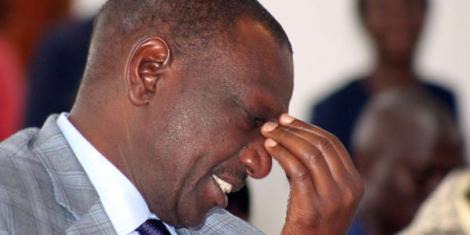 Yesterday was another day critical day the Kenyan Government as the President Uhuru Kenyatta held a secret meeting with major Politicians from One Kenya Alliance (OKA)and ODM Party Leader Raila Amolo Odinga. From the meeting the President is seen trying to mediate their union as 2020 general election approaches. The union of purpose was eminent in the meeting however, none of the members was committal on a single Presidential flag bearer. Notably this comes after the four NASA Coalition principals (Musalia Mudavadi, Kalonzo Musyoka and Moses Wetangula) ditched the Coalition and formed OKA with KANU Party Leader, Gideon Moi.

Unfortunately, in the meeting, the head of state never hesitated discussing about cabinet changes. 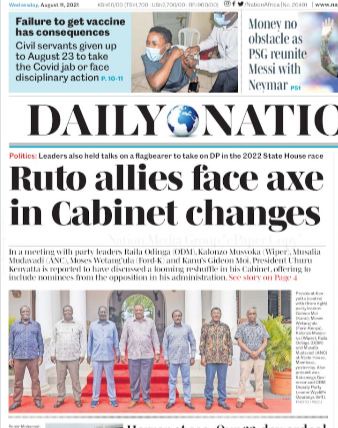 In the meeting, President Uhuru Kenyatta discussed a Looming reshuffle in his Cabinet, offering to include nominees from opposition in his administration.

This Change in the Cabinet reshuffle is a big blow to the Deputy President William Ruto, as politicians allied to him are hit hard, as they will be fired to pave way to the purported Opposition members in the administration.

On the other hand, the Deputy President was has been see an contemning the head of state for discriminating politicians allied to him. Yesterday he went ahead to say that" Harassing his allies will end very soon." This comes after the Turkish investor alleged to have been the financier of terrorists was reported to have been deported.