By NatashaNews (self media writer) | 15 days ago 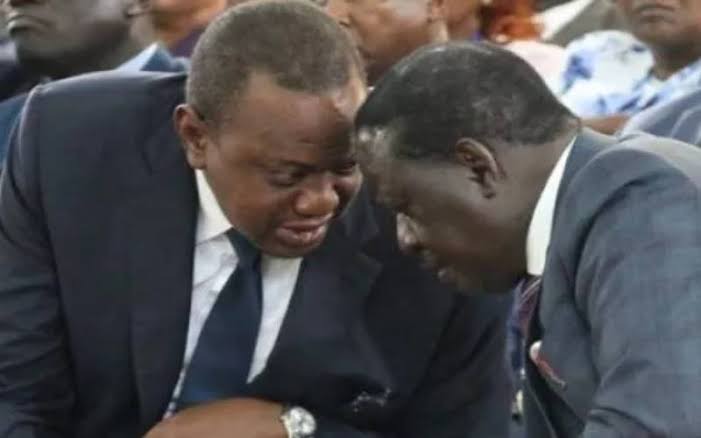 Orange democratic party leader hounerable Raila Odinga while Speaking today in Nairobi with Mount Kenya youths, elecited mixed reactions after revealing what he did to president Uhuru Kenyatta after he called him a mad man in 2017. According to Odinga, he confronted the president and demanded for an answer to why he chose those words. On the other side, he Revealed that the President also demanded to know why he was calling him a drunkard.

President Uhuru Kenyatta and Raila Odinga Didn't see eye to eye before handshake in 2018. They used to attack each other using some funny names. One time during a Political rally, president Uhuru Claimed that it was only Odinga who was causing Chaos for refusing to accept defeat. He went on to ask him to let kenyans be in peace if he is not interested in seeing the country prosper.

Well, now things are different as the president and his brothers are happy and have been working together in uniting the country. The move of them uniting caused Deputy president William Ruto to form another Political party claiming that the duo are out to frustrate his presidency Ambitions. Well, let's wait and see how things will play out soon. 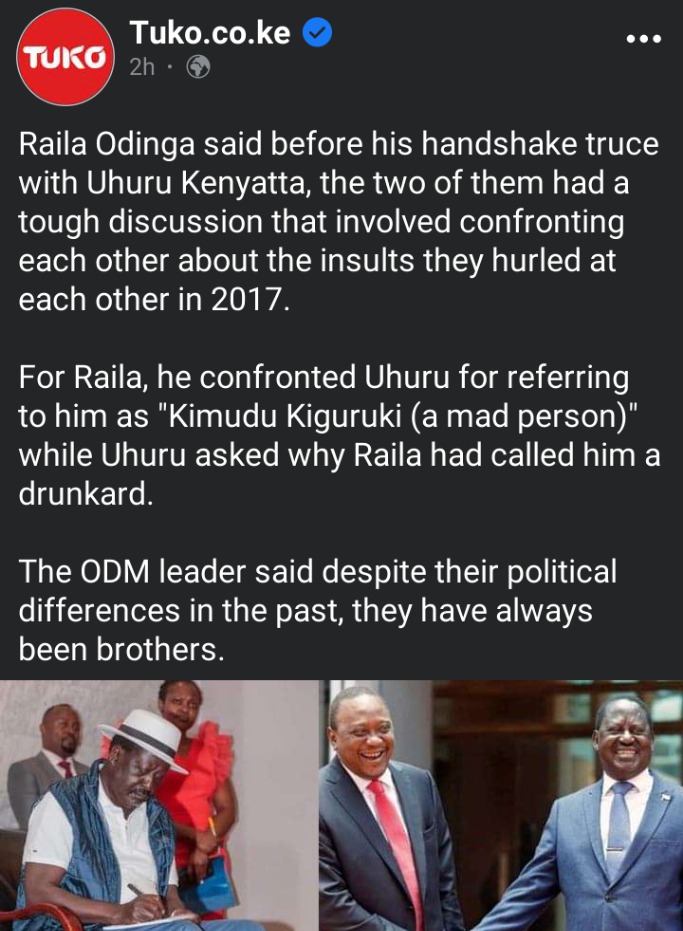