Jubilee MP From Western Hints of a Major Political Movement, Claims Who Will Form Government in 2022

By TeresaKE (self media writer) | 24 days ago 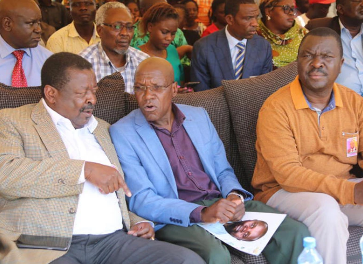 Navakholo MP Emmanuel Wangwe has claimed that the next government will be formed by the four One Kenya Alliance leaders alongside the former Prime Minister Raila Odinga.

Wangwe argued that the events of the Kanu's function that took place on Thursday at the Bomas of Kenya was an indication of a looming unity among the five leaders, which will result to a bigger political movement that will take the country by a storm.

The Majority Whip in the National Assembly pledged his support for the five politicians.

"You all saw on Thursday the leaders who were at the Bomas, that is the 2022 government. If anyone was thinking that they will climb the mountain alone, now they know different. Those leaders are now on the field and will take over from Jubilee come next year," said Wangwe.

The Jubilee MP further called upon the residents from Western Region to register as voters during the mass registration exercise that will kick on from tomorrow. 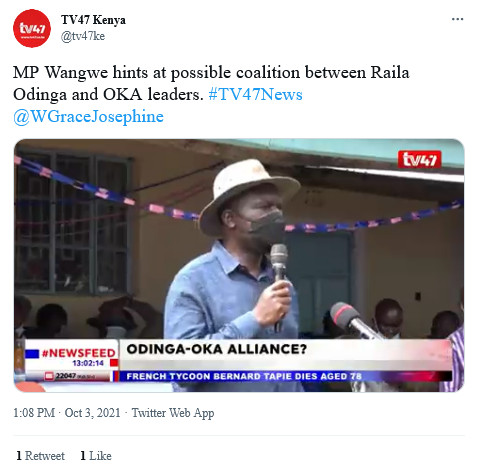