By Joshuandibui (self media writer) | 5 months ago

After Isaac Juma was hacked to death, Governor Wycliffe Oparanya stated it was regrettable that the children were left without a father. The county executive stated that he will honor his promise to help Juma's two widows and 17 children. Milton Namatsi was apprehended by Mumias detectives after investigations tied him to the January 26 night murder. 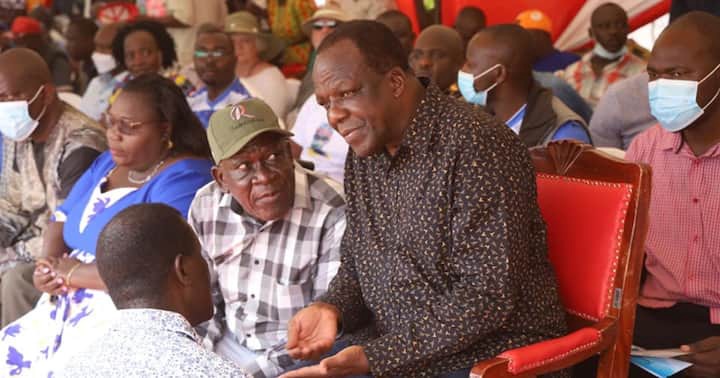 Juma's 17 children were left without a father after he was hacked to death at his Mumias house on the night of January 26th, according to Oparanya.

Following Juma's death, serious crimes investigators identified a man they believed was one of the perpetrators who killed him.

After early investigations tied him to the death of one of Kenya's most famous football fans, Mumias-based detectives pounced on the suspect, Milton Namatsi, at his home.

Children who were outside the house saw silhouettes of human people crouching behind the fence, according to preliminary findings. The family heard a ruckus at the sheep enclosure a few moments later, and Juma and his teenage son hurried out to see what was going on.

Content created and supplied by: Joshuandibui (via Opera News )

List of candidates who have conceded defeat so far

Number of votes Raila Odinga got at Wajackoyah backyard

How Celebrities Are Fairing In 2022 Polls