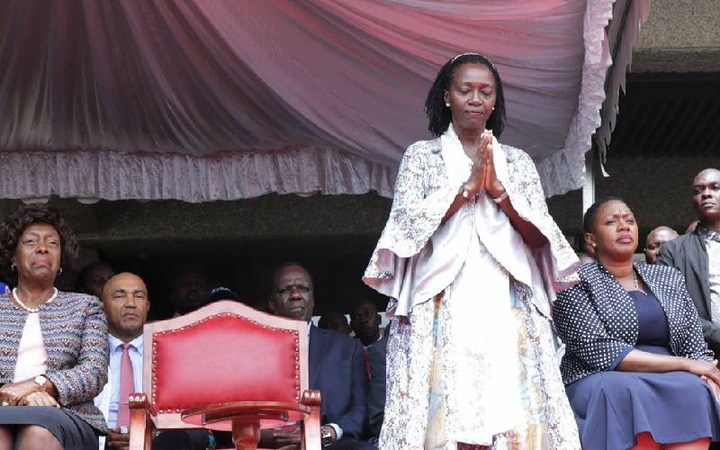 Nandi Senator Samson Cherargei has stated that the Kenya Kwanza Alliance Camp is not moved after their main competitor in the August polls Raila Odinga, of the Azimio La Umoja One Kenya Alliance settled on Narc Kenya party leader Martha Karua as his running mate.

According to the vocal lawmaker, Karua will not marshal any numbers in to Azimio, and the fact that she was not elected as a governor in 2017 and how the residents behaved during her recent rally to the county alongside Raila, is a proof that they does not even command any following in her home town.

Speaking on NTV on Tuesday May 17, Cherargei went on to term Karua as a 'Paper Tigress,' who appears fierce only on paper and not on the field.

"She has failed to convince Kirinyaga people to elect her as governor, she even failed to raise a crow today during her rally, even when she went with Baba to Kirinyaga a while ago, the residents chanted UDA." 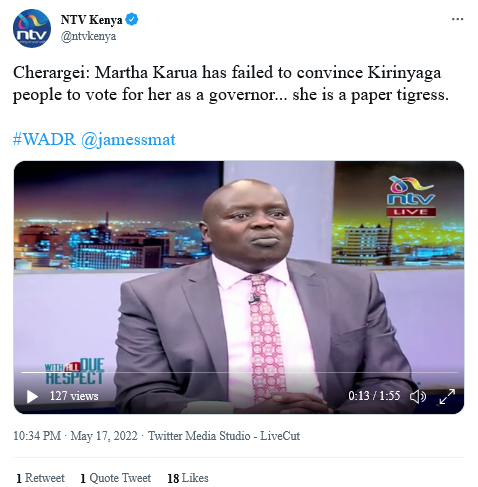 "She appears so nice on paper and she does not have a DNA on how the government is run as Raila has been in opposition compared to Ruto who has been serving in government. Karua can make a very good deputy of the opposition side," he said.

Cherargei went on to state that same as Mathira MP Rigathi Gachagua who was appointed by Deputy President William Ruto to be his running mate, Karua has corrupt allegations, and thus no one should paint her as a saint.

Ruto The 5th: Check How Ruto Was Cheered As He Left Meru (Video)