John Badi Thrown Out of Parliament for 5 Consecutive Sittings

By Janeh (self media writer) | 9 months ago

John Badi thrown out of Parliament for consecutive seating. 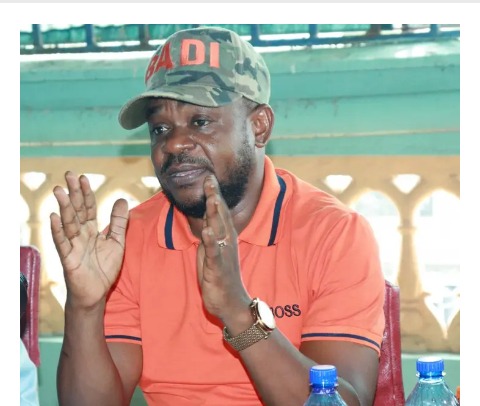 Today there has been witnessed chaos in parliament following a disagreement for the amendment of the current bill about political parties.

However, the chaos has not settled well with Hon John Badi,this is because Badi is said to have injured one of the parliamentarian Sogowet Mp Hon Kipsengeret Koros who suffered a cut on his face during the fist exchange.

The Bill is seemed to be one of Hon Raila's weapon during his 2022 bid and which seems to be highly opposed by the Deputy president William Ruto's side.

The chaos erupted during the voting of amendment bill which had been tabled before the house by Kandara Mp Hon Alice Wahome.

Then the lawmakers resorted to physical confrontation disrupting the voting while others could be seen throwing water bottles in disapproval of the ongoing process.

The acting speaker Hon Chris Omulele was forced to adjourn the house business for almost five minutes before order was restored.

Sigowet/Soin MP Kipsengeret Koros who suffered a cut in the face during the melee said that it was wrong to get injured in an honoured house like that.

."We cannot accept to be injured in a House of Parliament. This can't happen Mr. Speaker," said a visibly injured Koros.

Clause Six which is at the Center of the Bill seeks to among others provide for procedure followed for the registration of a coalition political party.

The Bill is seen as part of the strategy to turn Azimio La Umoja, Opposition Chief Raila Odinga's 2022 machine into a coalition party.