By Godiva (self media writer) | 5 months ago 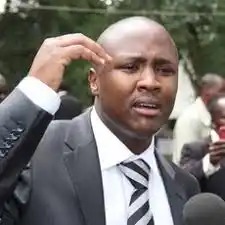 The country's general elections took place four days ago, however the IEBC has not yet made the presidential election results public. However, some people were already aware of their new representatives. Residents of the Nandi Hills constituency are included in this category.

Alfred Keter was the main opponent of Benard Kitur in the Nandi Hills constituency. The UDA candidate ultimately won.

For the first time since the election results were made public, the constituency's 12th Parliamentary representative greeted the audience, congratulated the winner, and expressed remorse over losing.

"The results of the election are now available. I'd want to use this opportunity to concede defeat and express my gratitude to the people of Nandi Hills for their steadfast support over the previous 10 years. I sincerely hope the winner succeeds in his new role." Officially formulated paraphrasing by Alf Keter

One of the few elites who opposed William Ruto, the region's alleged caliph, was the Rift Valley legislator.

When he disparaged the vice president who was already in office, saying that Ruto was a corrupt guy unworthy to lead the nation, his problems as a legislator started. However, the lawmaker joined UDA just before the elections this year in the hopes of being nominated. Benard Kitur was ultimately selected by the group to represent the region, nonetheless.

Content created and supplied by: Godiva (via Opera News )