Even as Deputy President William Ruto continues with his tours of the United States of America and the United Kingdom, his Kenya Kwanza Team is leaving nothing to chance as far as the look for August vote is concerned. 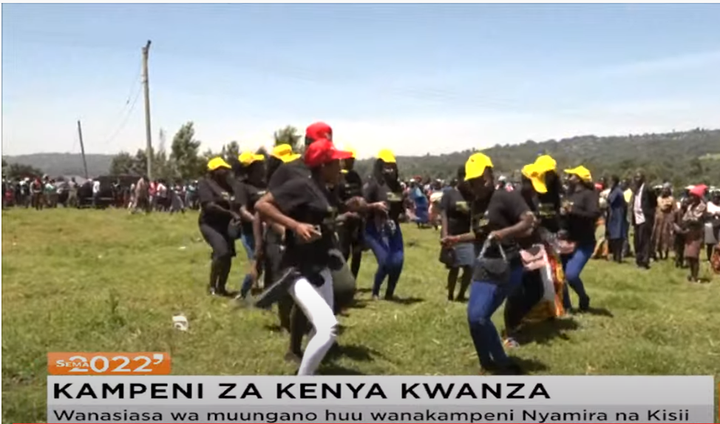 The team landed in Nyaribari Chache area in Kisii County, where they are expected to later tour other parts of Nyamira county including the South Mugirango constituency, home to MP Silvanus Osoro.

The residents expressed optimism calling on DP William Ruto to consider the youths in his government once elected. By the time of this publication, the venue was nearly packed to capacity.

According to Magara, the party lacks transparency and democracy that he believes in hence the decision to seek union with camps that share on his agendas.

Magara had shown interest in the Kisii Governor seat on a UDA ticket. Other than Magara, Kisii county Deputy Governor Joash Maanga has also dumped UDA for Raila's ODM Party, He is looking forward to using the orange party to run for Kisii county gubernatorial seat.