By TeresaKE (self media writer) | 4 months ago 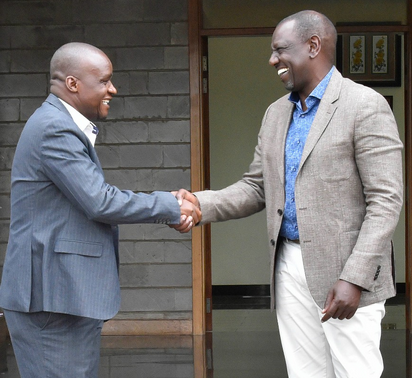 With 2022 politics taking shape, political leaders eyeing posts in the coming elections have started aligning themselves with the parties and influential leaders they believe will propel them to victory.

The Awendo Constituency MP Jared Kopiyo who represented the residents between 2013 and 2017 at the National Assembly under the Ford Kenya had joined Deputy President William Ruto's United Democratic Alliance.

Through the party's Twitter account, Koyipo was pictured having a chat with Ruto at his Karen Residence, and a welcome note to the hustler nation.

His meeting with the second in command comes a month after held consultative discussion with Eliud Owalo who ditched Amani National Congress party for UDA.

In 2017, Kopiyo defected to the Orange Democratic Movement (ODM) party as he sought to defend his post, but he lost the party nominations to the current Awendo MP Walter Owino after which he decided to contest the seat as an independent but lost.

Come next year, Kopiyo is seeking re-election as Awendo MP, and his move might be that he is eyeing the UDA's party ticket. 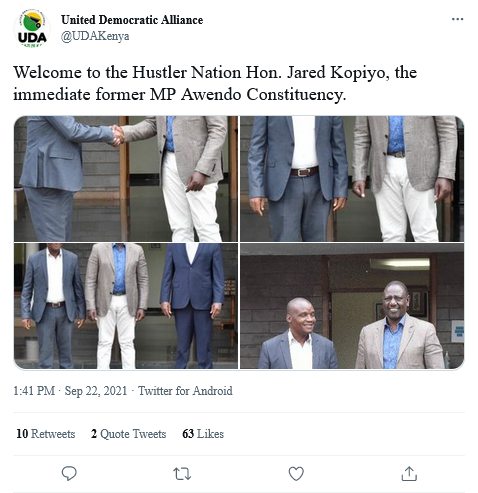 Raila's Options After Musalia Mudavadi Links With Ruto Ahead Of The General Elections: Opinion