By LePolitical (self media writer) | 19 days ago

Kenya's fourth President, Emilio Mwai Kibaki, is today celebrating his 90th birthday. Largely seen by many as the most progressive president of our time, Kibaki ruled Kenya between December 2002 and April 2013. 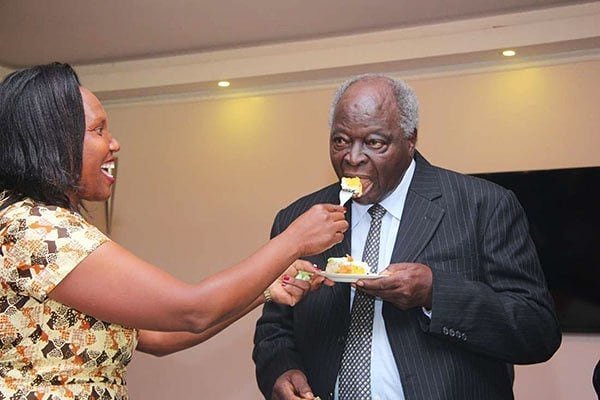 'Obako' as he was known by many youth during his tenure, was born on 15 November 1931 in Thunguri village, Othaya, Nyeri county, to peasant parents, Kibaki Githinji and Mama Teresia Wanjiku.

He also served as minister in the ministries of finance, Home Affairs and Health under presidents Jomo Kenyatta and Daniel Moi. Kibaki became Kenya's 4th Vice President in 1978, serving in that position until 1988.

Kibaki was known for his humour, which he delivered mostly in Swahili. One of his famous lines was 'mavi ya kuku', meaning chicken droppings.

We will today highlight some of his funny moments during public addresses;

In 2004, while addressing Kenyans, some light rain started drizzling and people started scattering. The president went ahead to state that it was just light rain and mocked his presidential escort team for running away. "Mwambie arudi nyuma, ni pumbavu kabisa," said Kibaki to his driver.

In 2005, Kibaki threw shade on cattle rustlers, asking of what use they were, "Huna maana wewe, ni binadamu ya mvi ya kuku." 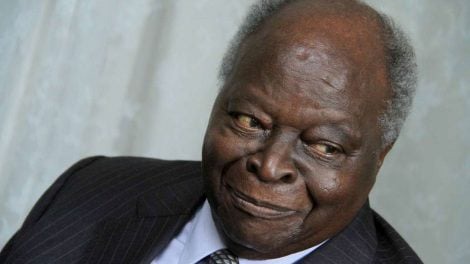 Kibaki once went all out on some school teachers who he claimed were being allowed to drink too much alcohol, "When we see so many drunkard teachers in so many schools, I am telling you, we are educating our children by mistake."

In 2007 during the General Election campaigns, Kibaki mocked youths who heckled him while on campaign, telling them "mkule pombe mkiwa pekee yenu huko'.

Kibaki will most definitely go down as one of the best all round leaders that the nation of Kenya has ever seen and at Opera News Hub, we wish him a happy 90th birthday!

"You are Now Family, "Nadia Mukami After Introducing Arrow Bwoy to Her Family