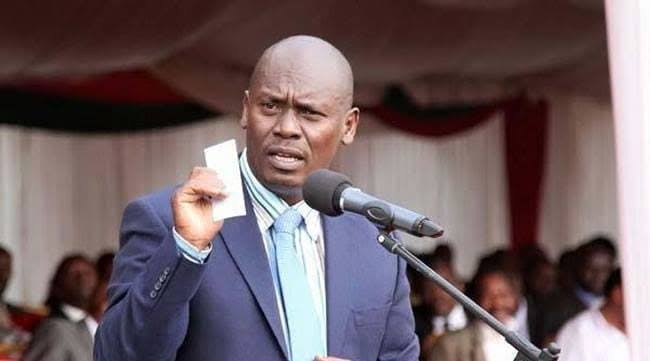 For the better part of the today, reports on social media have been doing rounds indicating that former Kiambu county governor William Kabogo had finally thrown the towel in and conceded defeat for the candidate he was supporting in Juja.

The fake report had it that Kabogo had issued a statement saying that it is evident that Hustler Nation Candidate George Koimburi had badly floored the Jubilee candidate for Juja Hon Susan Njeri. It went on to insinuate that Kabogo had called on the widow to former member of parliament to work with the winner George Koimburi for the sake of the development and welfare of Juja residents. 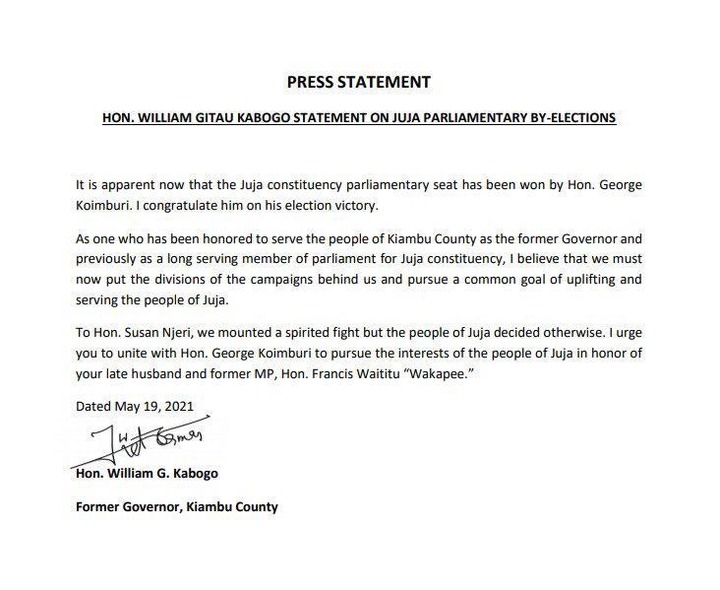 But now, an Angry William Kabogo has taken to social media to angrily react to the news that his camp has conceded defeat to Ruto-linked candidate George Koimburi of the PEP party.

He indicated that the reports of his apparent resignation to the fact that Koimburi had defeated Susan Njeri were out of the mark, false and inaccurate.

"Mtachoka lini na huu ufala (When will you get tired with this nonsense?)," an angry Kabogo responded to the rumors using strong words. 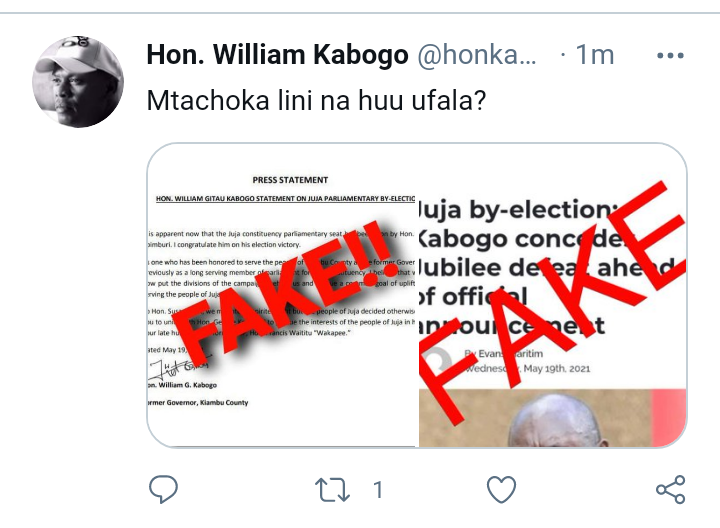 This means that Kabogo holds the belief that his candidate Susan Njeri stands a chance to win even as the independent electoral and boundaries commission (IEBC) prepares to make a crucial final announcement later today.

"Ametoboa Siri ", Irungu Kang'ata Has Revealed About The Letter He Wrote To President Uhuru

Professor Hamo And Jemutai Meets To Discuss There Relationship In Public