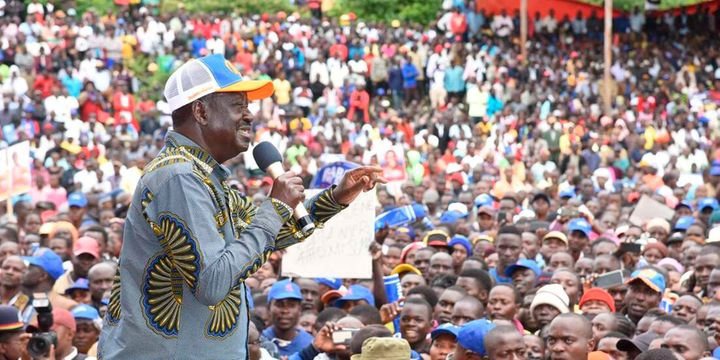 This, he alleges, is what happened when Raila camped in Nyeri to drum up support for his presidential bid on Tuesday, claiming that administrators were ordered to join the crowd.

This, claims the Mathira Member of Parliament, is after the government realized that area people were unwilling to form the crowd mobilised to listen to and cheer Raila as he campaigned for his candidacy.

He says in a statement that the administrators, including area chiefs and their deputies, had been ordered to mobilize crowds and later told to join them when the targeted people refused to come.

"When wananchi declined to welcome the Azimio team, the deputy county commissioner ordered the chiefs and their assistants while dressed in their official regalia to form part of the crowd so as to cheer and clap for the Azimio presidential candidate," he is quoted by The Star. 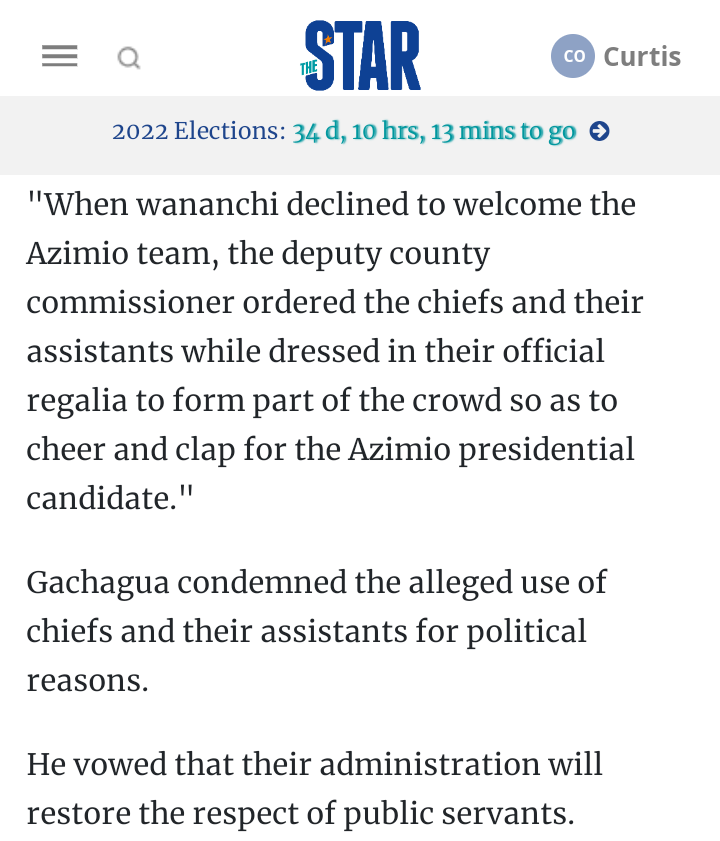 For him, this amounts to humiliation and misuse of state officers, which he says should not be entertained in the country in this era.

Gachagua said that this is one of the reasons why Kenyans need to elect Kenya Kwanza candidate William Ruto as President, to put an end to such.

"I want to assure our chiefs and their assistants within this republic, that the kind of humiliation subjected to their colleagues in Mathira East sub-county this morning will be a thing of the past in our administration," he added.

He is among the people who believe that Uhuru has resorted to using state might and resources in a bid to ensure that Raila wins.

Karua's Message To Kenyans Ahead Of Presidential Results Announcement