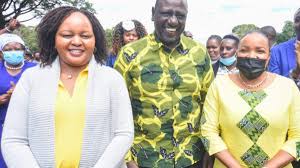 Over the past few days, there has been a political battle between Kirinyaga Governor Anne Waiguru and Woman Representative Wangui Ngirici.

The political battle between the two has put Kirinyaga into focus, comes after the entry of Waiguru into the UDA camp.

However, Ngirici has now revealed that bullies in UDA are giving her a hard time in the DP Ruto-led camp.

Ngirici, who is running for the Kirinyaga gubernatorial seat in 2022, claims that her unease at UDA is due to insults she has been receiving in the team, not because her opponent in the race for Kirinyaga's top seat, Anne Waiguru, recently joined the party.

In a interview with The Standard, Ngirici said “My issues are not mainly because Waiguru joined UDA but the bullying which is happening in the party,”.

Ngirici claims that some unnamed people in the DP's TangaTanga team have cyberbullied her and even dragged her husband into her politics.

She said “At one time I was insulted in the TangaTanga WhatsApp group where Ruto is. My husband too was dragged into it and called names but he was not in the group to defend himself,”.

She added “This pained me and I called Ruto to express my displeasure,”.

On Wednesday, Ngirici announced that she was taking some time off United Democratic Alliance's rallies to self-reflect and strategize on her next move. 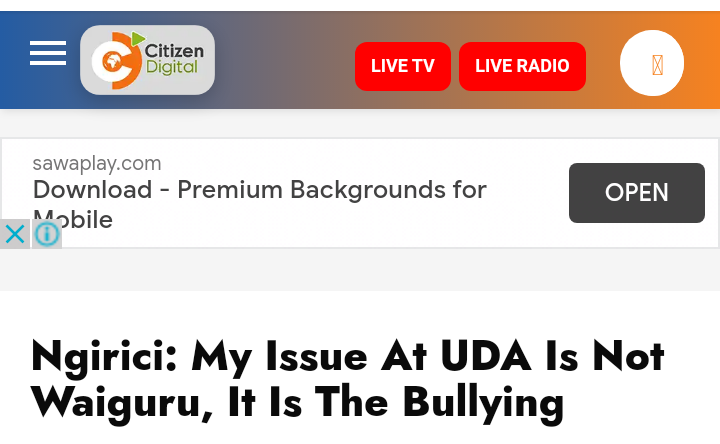 " I'm The Next Simba Arati And Babu Owino In 2022, " Disabled Man Makes A Promise To Raila In Kuria