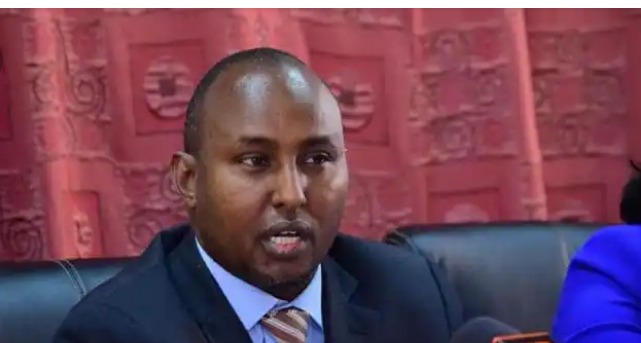 Raila handyman and Suna East legislator Junet Mohammed once again proved his astuteness by swiftly wiggling out of a tricky spot.

It's not the first time that Junet Mohammed reinvented himself in front of the camera and came out smelling roses.

On a late-night television interview,Junet was hard-pressed to explain remarks he made last week in Nyamira to the effect that a Raila presidency would domicile state powers in Nyanza.

"What I said in Nyamira was thrown out of context", said the swift Junet, adding"Politics is local, I was campaigning directly to the local people of Nyamira and those remarks should not be "Whoever is blowing things out of proportion is selling Raila-phobia meant to alienate the ODM Party leader from acertain community in Mount Kenya area."

The Suna East MP while speaking to Trevor Ombija of Citizen TV clarified that Tangatanga are so desperate and petty that they will twist anything to fit their purposes: "One day it's wheelbarrownomics,another it's bottom-up, today it was empowering prostitutes. You never know where these people are heading next. Raila Amollo Odinga is a leader who is known for standing for civil liberties. He's the Father of the Second Liberation, the Father of Devolution if I made a statement of discrimination on the same podium like him,I'd be banished by now".

ethnically profiled the Luo Junet derided a Naivasha legislator who today singled out a certain community with ethical profiling remarks.