By CynthiaOuma (self media writer) | 1 month ago

Popular city lawyer Donald Kipkorir who have proven to be a die hard supporter of the former Prime Minister of the Republic of Kenya Honourable Raila Odinga has created mixed reactions from netizens after his recent remarks on the those who tried to disrupt Raila Odinga's visit in Meru, Tharaka Nithi and Embu counties. 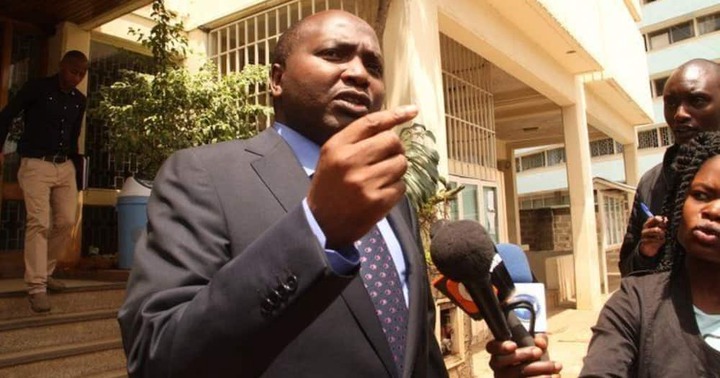 Penning his thoughts in a post on his Twitter account on Wednesday morning, Kipkorir said that he is still waiting for the leadership of United Democratic Alliance (UDA) to condemn the act that happened on Tuesday during Raila Odinga's rallies in the named counties.

Kipkorir wondered whether such acts are only considered hooliganism when it is against Odinga's rivals adding that his political enemies should not for a moment think that they have monopoly of disruption, a post which has elicited mixed reactions from netizens.

"Still waiting for uda leadership & propaganda unit to condemn the hooligans who tried to disrupt Baba's visit in Meru, Tharaka Nithi & Embu counties. Or it is only hooliganism when against Baba's rivals? Baba's enemies shouldn't for a moment think they've monopoly of disruption," Said Donald Kipkorir. 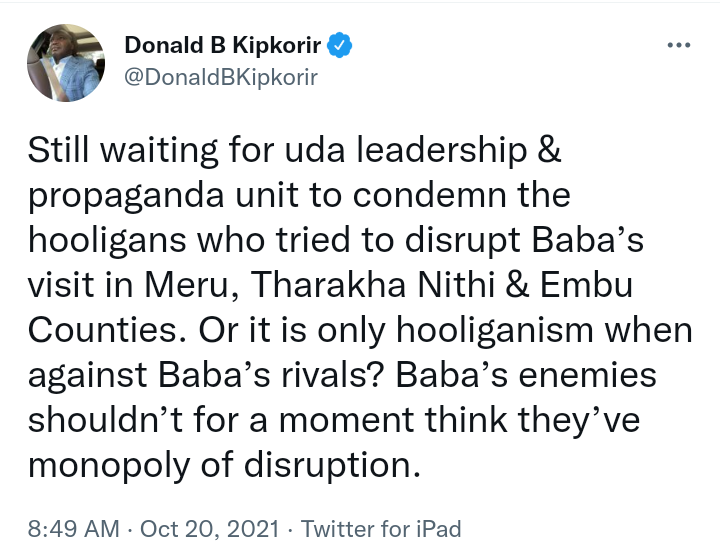 Here are some of the comments from netizens on Kipkorir's remarks:

"Whenever uda is heckled do odm condemn or you just dance and celebrate," A comment read.

"Those acts of hooliganism against Baba smack of desperation. I hope Baba's supporters will not be lured into such actions," A comment read.

"When Wanjigi was stoned in Nyanza we didn't see odm leadership and propaganda unit condemn the situation," A comment read.