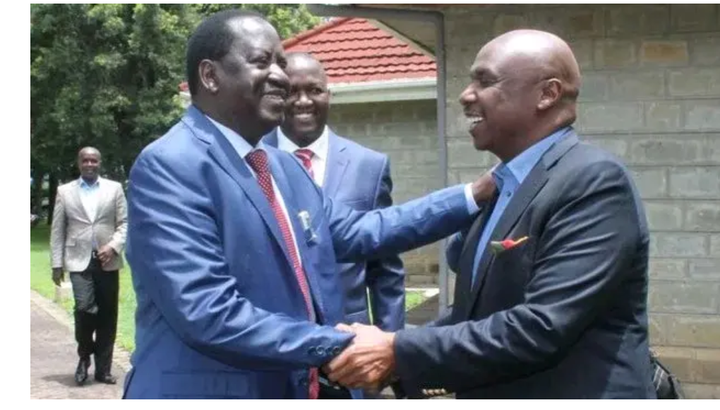 The New Alliance Is In The Final Stages Of Winning The 2022 Election.

The formation of a new union that will fundamentally alter Kenya's political landscape is imminent.

After it became clear to the country's political leadership that defeating William Ruto would not be a walk in the park, they chose to set aside their self-images and hold hands.

This is primarily to ensure that the man from Sugoi does not make his way to the state house.

The two camps, ODM led by Azimio La Umoja and OKA led by the ANC, Ford Kenya, KANU, and Wiper, must finally agree to work together.

This was evident during the meeting of WIPER party delegates, which embraced

Kalonzo Musyoka, who has been designated as the team's official up-and-comer.

Former NASA administrators who attended the meeting appeared to agree on a strategy of cooperation in order to prevent Dr. William Ruto from winning the most desired seat.

The OKA's likelihood of cooperating with ODM and Jubilee was also demonstrated when Kalonzo Musyoka, one of the OKA's leaders, chastised the Kakamega congressperson for opposing any consolidation that did not include Musalia Mudavadi as an official competitor.

Malala, regarded as the ANC's voice within the OKA union, has been consistent in his opposition to OKA supporting Raila Amollo Odinga for the third time.

He has been Hon. Mudavadi's voice in the larger western district and has garnered a larger following as a result of his allure. He is a man to watch in the 2022 presidential election.

"Babaa, Babaa' Chants Fill The Air As He Arrives At City Hall For Voter Registration Drive(Video)

Turmoil in ANC As Governor Nyaribo Turns Down Mudavadi's Proposal Of Making Him Deputy party leader.