By miharbi (self media writer) | 3 months ago 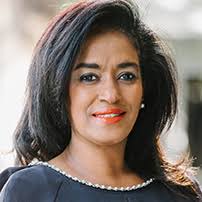 Esther Passaris is one of the die hard supporters of the Orange Democratic Movement party leader Hon Raila Amolo Odinga and has for years established herself as the main pillar of the of ODM. She is the current sitting Nairobi County Woman Representative having been elected during the hotly contested 2017 general elections.

Hon Raila Amolo Odinga's camp has received a late night bad news as death strikes again taking away Hon Esther Passaris' father. According to her Twitter handle, she confirmed the demise of her father saying that the heavens have opened and ended her father's suffering.

"A part of me has died today. The heavens opened and ended my father's suffering. A naval architect by profession, my dad achieved a lot in his 79 years. From building the first ship in Kenya, the MV Mwewe, to coaching & mentoring the young men of Ngome Football Club in Mombasa." Tweeted by Hon Esther Passaris 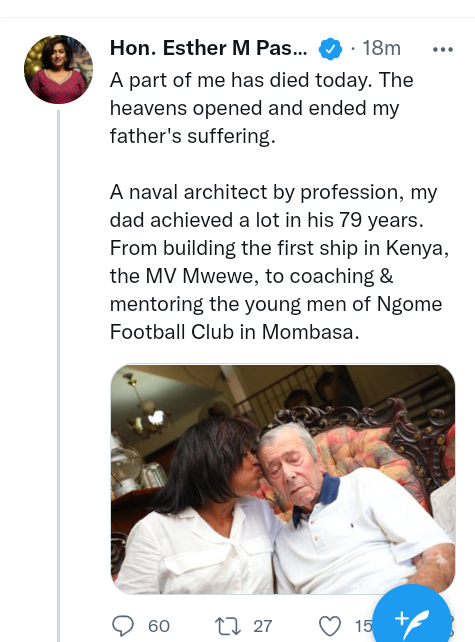