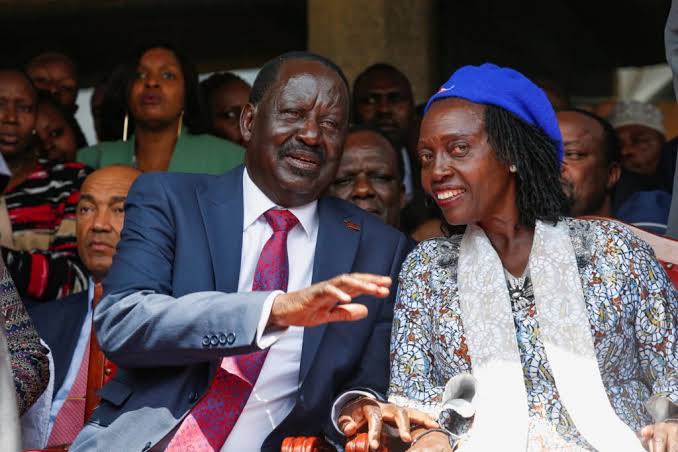 Professor Ben Shihanya who is a constitutional lawyer has given his verdict on the presidential petition that Azimio has promised to file at the Supreme Court. In his remarks he stated that the ground for a petition is even clearer than 2017. The constitutional lawyer added that there was no accountability in the tallying and verification process and yet all the ballot papers should be accounted for during tallying. He stated that the fact that the other commissioners never participated in the declaration of the presidential results breaches the IEBC protocols.

He said that Chebukati's actions of declaring the results were illegal. He said that the Presidential Returning Officer should have not rushed to announce the results but he could ask for more time and announce them on Tuesday. Ben Sihanya claimed that the verifiability of the 34A, 34B and 34C forms is in question in that the qualitative and quantitative including the total votes cast vis a vis those rejected. He added that the whole process lacked clarity.

He further went on to say that, "If you want to know Chebukati is being dishonest, in a statement today he has postponed elections for Kakamega and Mombasa. Did he meet the other commissioners and they did they decide on the postponement? Given the strict timelines, Chebukati had the legal option of seeking extension of time instead of rushing a process that is clearly invalid." 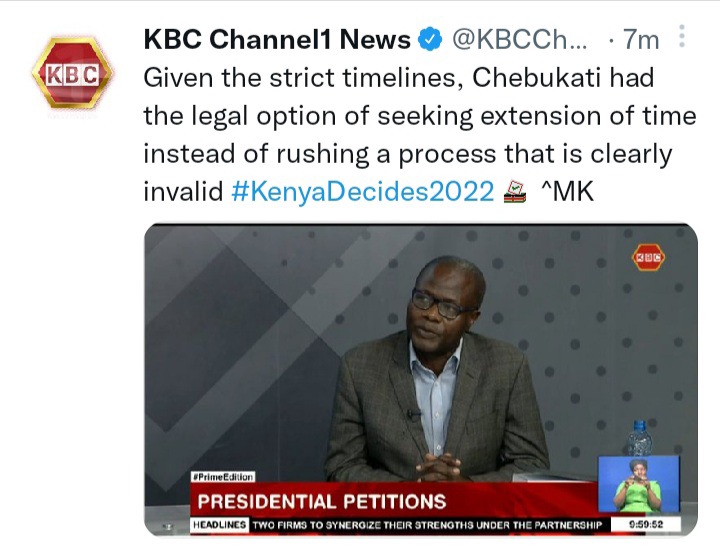 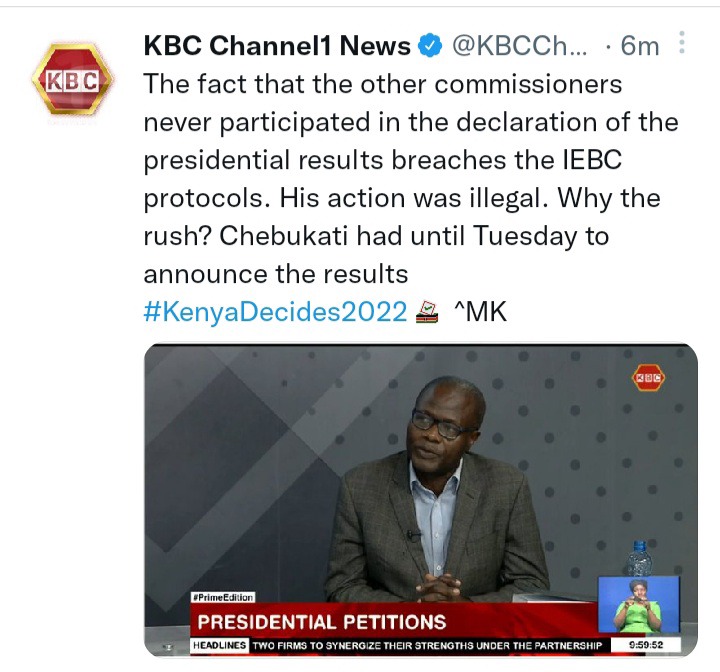 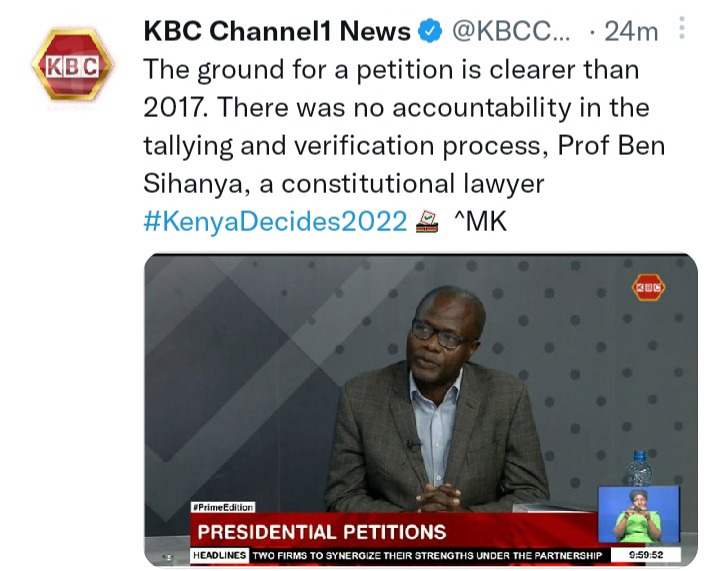 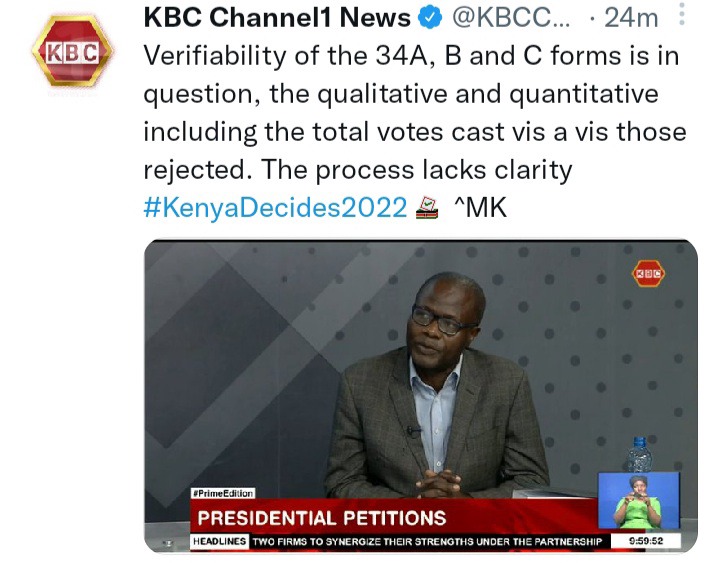