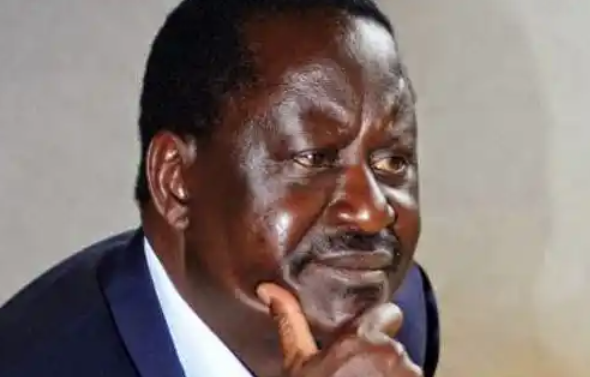 Azimio La Umoja one kenya alliance is a political coalition that is headed by a prominent politician and the former prime minister Hon Raila Amolo Odinga, the son of great politician the late mzee Jaramog Oginga Odinga.

The Azimio la Umoja-One kenya was most popular political coalition in kenya in the just concluded general election 2022. The coalition was in high competition with Kenya Kwanza coalition led by the Deputy president Doctor William Ruto who is currently the fifth president elect and deputized by Rigathi Gachagua who is the deputy president elect.

However, Azimio lost in the contest to Dp William Ruto who garnered more than 7 million votes while Rt Hon Raila Odinga got over 6 million of the total votes cast. Odinga who alias as BABA in the current politics, showed his doubt of the results announced by Independent Electrol and Boundaries Commission chairperson Wafula Chebukati and therefore he is expected to challenge the results in supreme court of kenya headed by CJ Martha Koome.

The coalition led by Mr Odinga was believes to be largest with more than 25 political parties in kenya. The parties also included the rulling party that is Jubilee, ODM of Mr Odinga, WIPER of ukambani kingpin Hon Kalonzo Musyoka, KANU of Gedion Moi, NARC Kenya of Martha Karua and who was the running mate in the Azimio presidential bid.

Their decamping comes after Lamu Woman Rep Muthoni Marubu, and Machakos town MP Caleb Mule who was affiliated to Azimio joined Kenya Kwanza. This boosted the number of Kenya Kwanza in the national assembly attracting an advantage over Azimio coalition. 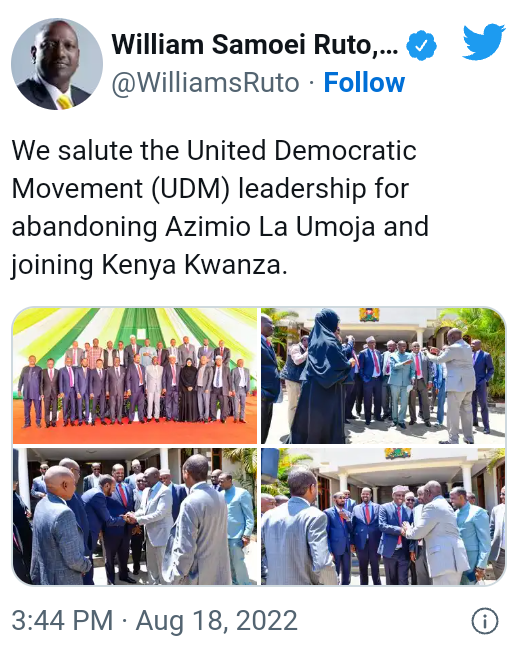