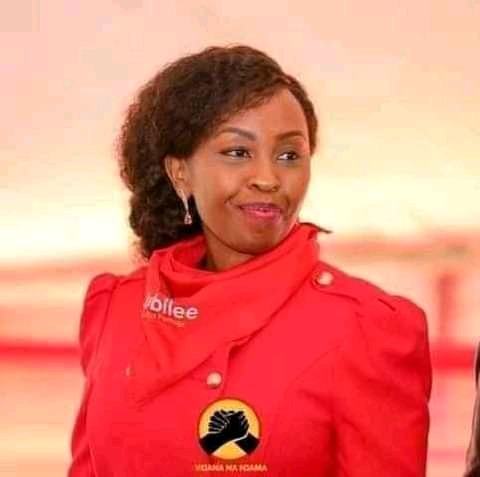 Kiambaa parliamentry by-election campaigns are ending three days time with candidates and supporters taking this last minute opportunity to ensure no stone is left unturned. Uhuru's Jubilee candidate Kariri Njama will face off his opponents Njuguna Wanjiku of United Democratic Alliance (UDA) in a battle set to determine the outcome of the 2022 presidential elections.

After successfully winning Juja parliamentary seat, Ruto's camp is still hopeful that Kiambaa parliamentry seat could also go their way based on the efforts they have invested since the campaigns began. 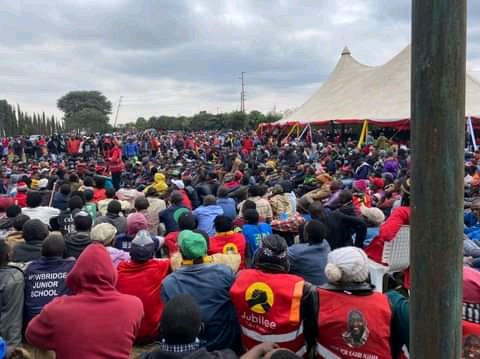 However, their efforts have been countered by Uhuru's brigade led by Pauline Njoroge. Since she started heading the Jubilee campaigns in Kiambaa, she has been regarded as the true definition of a phrase 'what a man can do, a woman can do it better' based on her strength and power to lure more supporters into Uhuru's camp.

Pauline has traversed almost all the corners of Kiambaa constituency meeting different categories of people with the youth given the first priority.

On Saturday alone, Pauline Njoroge managed to convene a meeting with over five thousands youths drawn from different wards of the constituency. This was regarded as the largest meeting ever since the campaigns began. 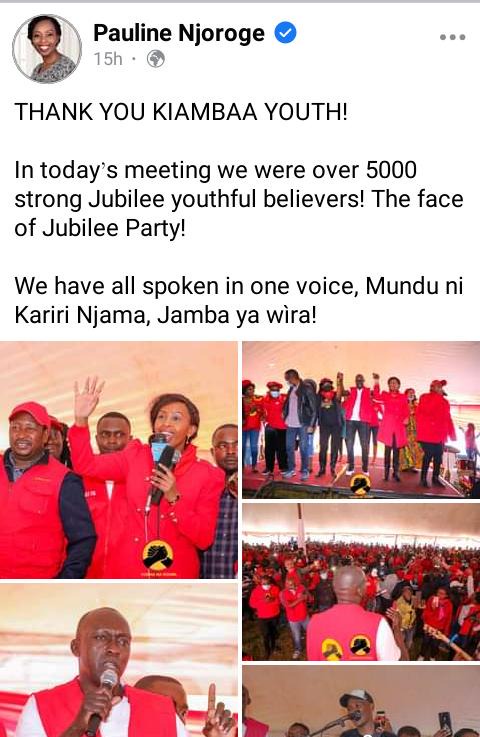 Even though other candidates also had several engagements with the people on Saturday, much attention was directed Pauline Njoroge's led team as they brought the area to a standstill.

The efforts made by Pauline Njoroge seem to have restored the popularity of the Jubilee party and the trust the people of Kiambaa had in president Uhuru Kenyatta. 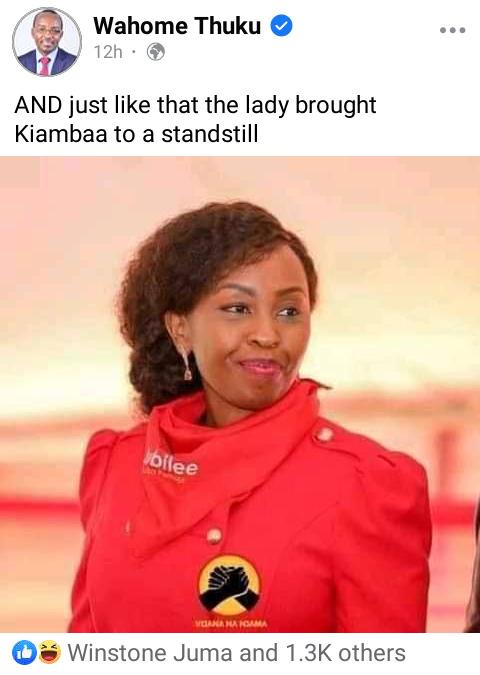 Based on her focus, resilience, go-getting and networking, Kariri Njama of Jubilee stands a better chance of winning the seat.

Ruto Hosts More Than 100 MPs At His Karen Residence

Opinion: Why Ruto Will Most Likely Win The 2022 General Election