Senators Angry With Speaker Lusaka For Doing This Late In The Night, Sense Ill-motives By The House 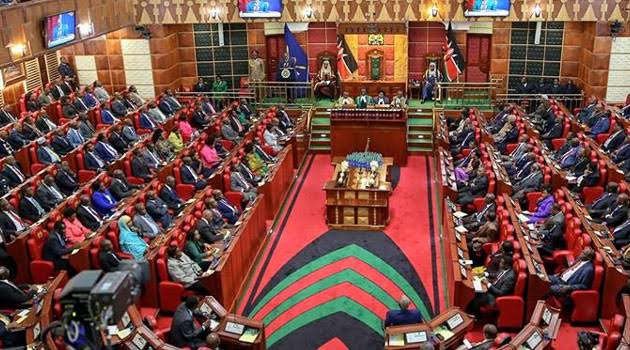 The Senate speaker Mr. Ken Lusaka has been on the receiving end of senators' complaints that the house is conducting it's business with somewhat malicious intent. This is after the Wajir governor was impeached by a house Committee and the notice of impeachment was gazetted late in the night. Senators have argued that this implies that the honourable house is shutting out the possibility of the impeached governor to appeal.

According to the standard, some senators led by Kericho's Samson Cherargei even alluded that the notice of the impeachment was gazetted before the governor was actually impeached. They have therefore accused the house leadership of having ill motives. This is not the first time Senate has published the gazette notice of removal of a governor late in the night. The same case applied to Nairobi's Mike Sonko and Kiambu's Ferdinand Waititu where gazette notices were published after 9pm immediately when the governors were impeached.

Isaac Mwaura, the former Nominated senator of Jubilee had his gazette notice for removal also written immediately in record time and his position declared vacant. The senators have threatened to follow up the matter to ensure that the government printer only works on the official working hours. This will give a chance to the affected leaders to file an appeal.

Migori:Police Hunt For Ex-convict Accused Of Killing And Dumping Body Of Girl Aged 12 In A Trench

Crystal palace, Westham and Leverkusen are interested in Nketiah

Pictures Of Nyakim The Darkest Woman On Earth, See How She Glows In Her Dark Skin

Kenyans Raise Concerns Over Unrefunded Taxes by KRA. Here is a Swift and Simple Process to Claim it

Zora Finally Learns Of Fela's Motive, Here Is What She Did