Big Blow To Ruto As He Is Warned, Told Raila Is After Doing To Him What (He) Ruto Did To Uhuru 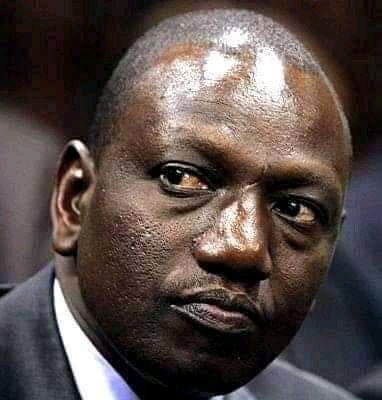 President William Ruto has received a warning over the current protests being led by Raila Odinga from political expert Mutahi Ngunyi.

Ngunyi intimated that Ruto should not belittle Raila's modest beginnings in today's turnout after he urged Kenyans to protest in large numbers against President Ruto and his government.

The analyst claims that President Ruto is about to experience a rude awakening, and before he knows it, things will be ugly and he won't be able to stand up to Raila, who, in contrast to Ruto, has absolutely nothing to lose. 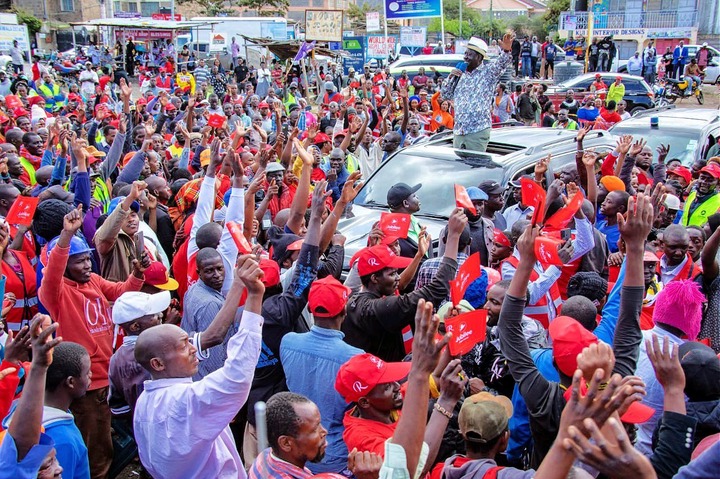 The analyst explained to President Ruto that the problem with riots is that they begin in small groups and as time passes, more and more people begin joining the rebellion movement. The analyst also warned that if Ruto doesn't find a way of resolving with Raila, a time will come when he won't be able to lead and run his own government.

Further, he asserted that Raila, the leader of the Orange Democratic Movement, has only one major goal: to topple the government so that the president can do nothing of note for Kenyans. He added that Raila will treat him just as harshly as Ruto treated former President Uhuru Kenyatta and his administration. 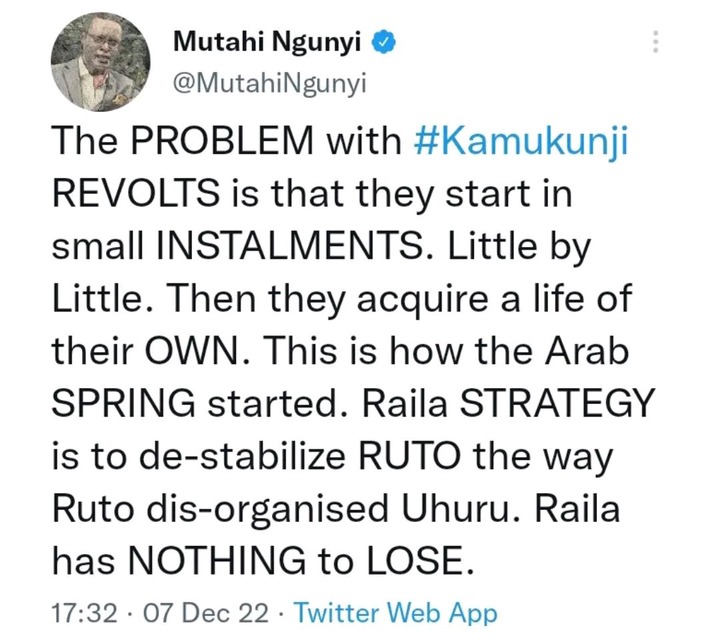 "Revolts against the #Kamukunji cause trouble because they begin slowly. small by little. They eventually develop a life of their own. This was the beginning of the Arab spring. The plan by Raila is to destabilize Ruto in the same way that Ruto disorganized Uhuru. With little to lose, Raila "Ngunyi said.

Raila, on the other hand, claimed during the protests that they are still hurt that they lost their presidential victory due to the alleged election rigging that occurred before the official announcement of the results.