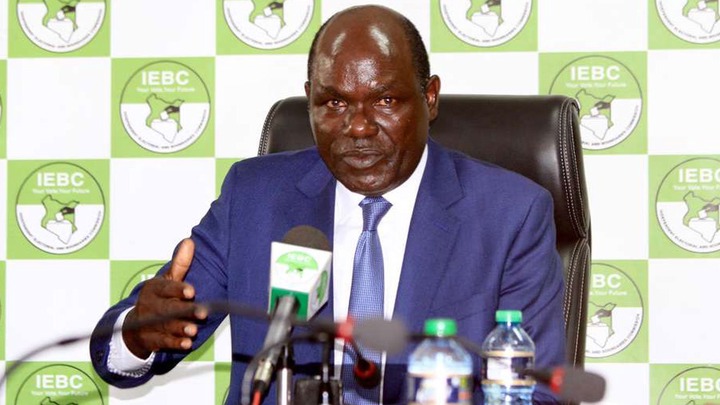 Our beloved country is in preparation for the next year's general elections. All independent entities are reorganizing themselves as part of preparation. Judiciary Service Commission and IEBC are the most important entities as per our constitution.

Since we held our elections, some of the Commissioners from IEBC left office as some resign. Roselyne Akombe is among the IEBC Officials who resign after re-election in 2017.

Chebukati Wafula who is the chairperson for the IEBC has been working tirelessly despite the challenges he faced. Last month, head of state honorable Uhuru Kenyatta declared the Commissioners seat vacant and he advised suitable Kenyans to apply for the top job.

Nelson Havi has emerged with powerful allegations about the appointment of the selection panel which is meant to recruit IEBC Commissioners. According to Havi, the PSC has unlawfully made the choice for the parliament, the LSK, and inter-religious groups. Havi has claimed that the entire process will be a sham and it will bring shame ending in tragically.

Havi said"Interference in the appointment of the Selection Panel to recruit IEBC Commissioners by Jubilee is now evident. PSC has unlawfully been chosen by Parliament, the LSK, and Inter-Religious Groups. The whole process is a sham, it will bring shame and will end tragically". 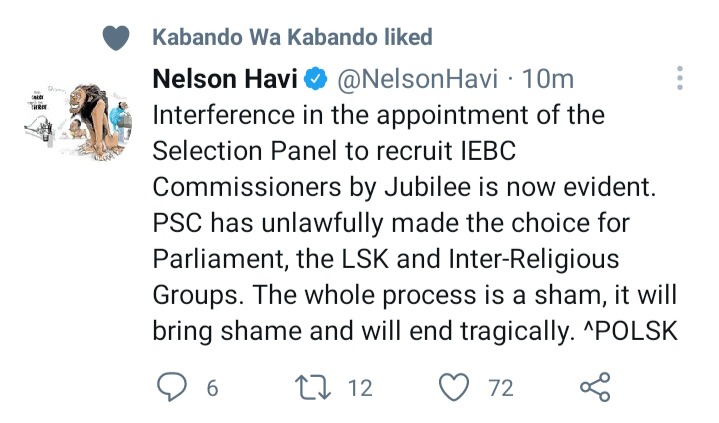