The August General Elections had been waited upon by millions of Kenyans to express their civic duty of voting for their new leaders or voting out those that they feel have not done well in the five years. 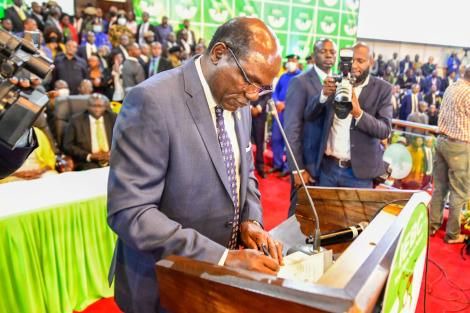 The Independent Electoral and Boundaries Commission, Chairman Wafula Chebukati, announced the winner who is Deputy President William Ruto at Bomas of Kenya yesterday.

However, before the announcement by the Independent Electoral and Boundaries Commission, some four Commissioners gave a Press Conference at Serena Hotel where they distanced themselves from the results that would be announced at Bomas and that they would be seeking legal redress against Wafula Chebukati.

As Chebukati was about to announce the results for the first time, some section of the Azimio Leaders began chaos at the place which led police to act very fast to whisk Wafula Chebukati to safety and restore calm at Bomas of Kenya.

According to the reliable reports that we have with us this afternoon, the man who was tasked with ensuring that there is calm at Bomas of Kenya is the Deputy Inspector General of Police Noor Gabow. 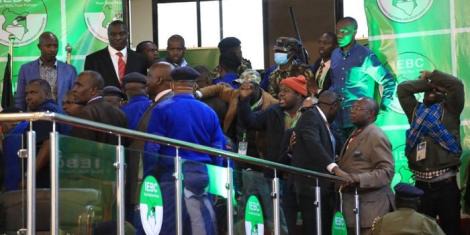 Picture courtesy. The chaos at Bomas.

Together with his officers, Noor Gabow took charge of the situation with no violence being witnessed by the police but just separation of the warring parties.

The perpetrators were taken out of the venue and Wafula Chebukati came back in and announced the results as is prescribed by the Constitution of Kenya.

The distinguished police officer is the current Deputy Inspector General of Police (Administration Police Service), who has served as the Commandant of the Kenya Police College before he assumed his new role.

He was enlisted into the Kenya Police Service in the year 1989 and promoted to the Assistant Inspector General position a few years later, rising to several more powerful positions thereafter. 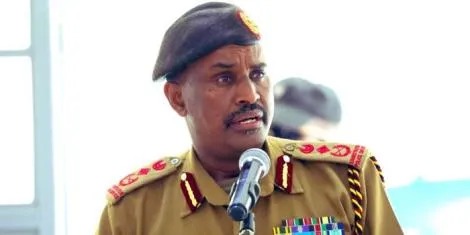