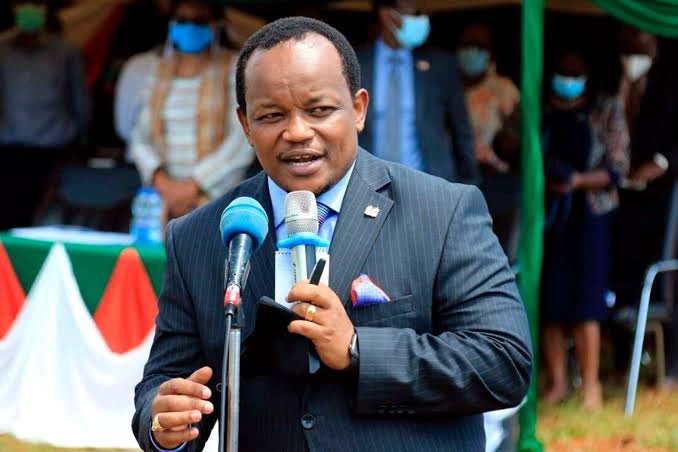 The current Member of Parliament for Nyeri, Ngunjiri Wambugu, has asserted that sixty percent of elections in Mount Kenya are susceptible to failure.

Ngunjiri, who was beaten by Duncan Mathenge of the UDA in the August election, has now asserted that the majority of elections at the county, constituency, and ward levels in the Mountain area would be annulled and rerun.

Ngunjiri has cautioned the supporters of the candidates who won various elective posts that they are not yet safe. The representative stated humorously that campaign T-shirts should not be transformed into dusters to save money. 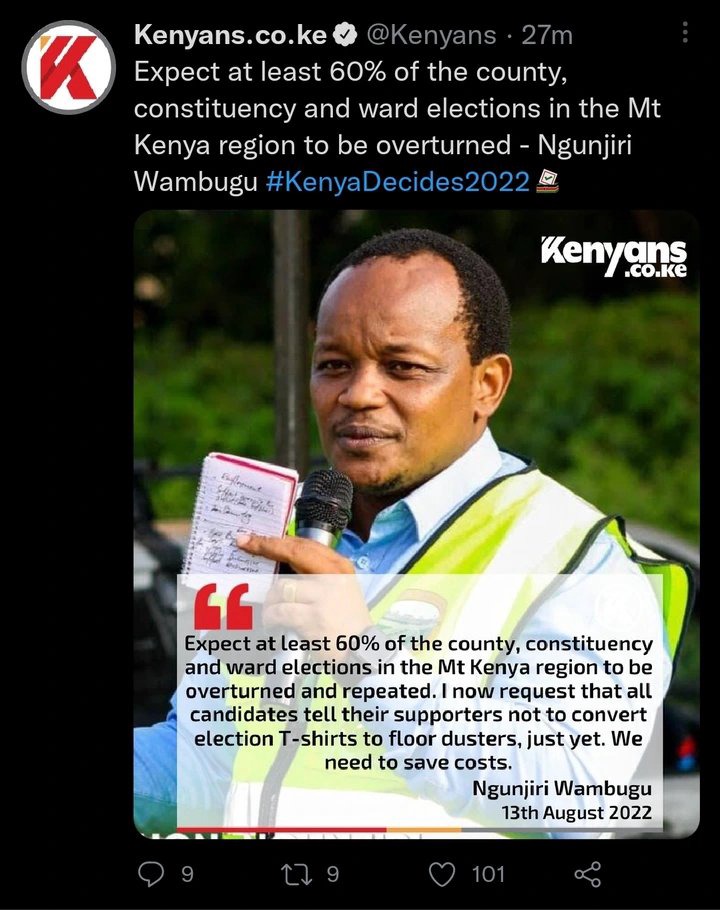 On Saturday, the Independent Electoral and Boundaries Commission in Kiambu identified 10,000 ballots as suspicious, prompting Kenyans to express worry. The ballots were strangely tallied in favor of William Ruto, according to the IEBC chairman.

The Kirinyaga gubernatorial election was controversial due to Ngunjiri's erratic comments. Initially, it was believed that Representative Wangui Ngirici would be the victor, but the IEBC ultimately proclaimed the incumbent Governor Ann Waiguru the victor. 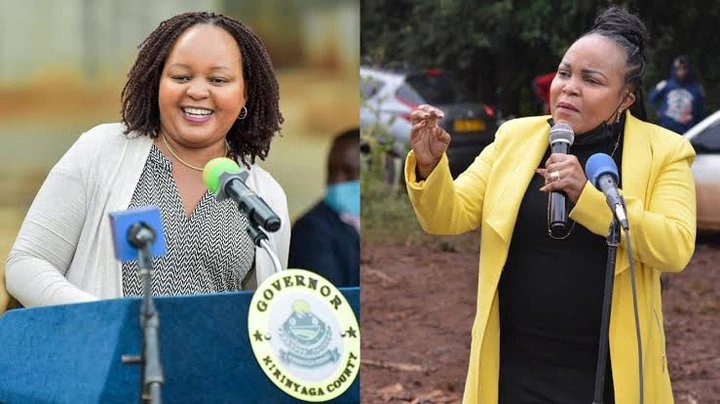 However, IEBC Chairman Wafula Chebukati has pledged to undertake a thorough audit of the presidential election results as Kenyans nervously await the commission's final announcement.