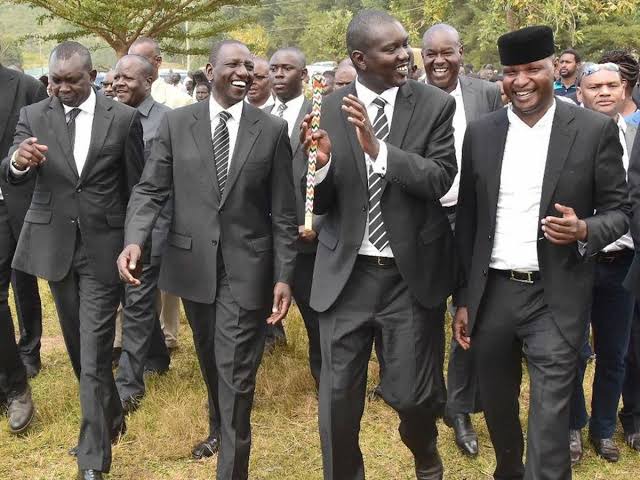 After the August 9th 2022 general election, President William Ruto's victory was disputed in the Supreme Court after Raila Odinga's camp filling a strong petition but still, it was Ruto who was left laughing as the Supreme Court under Chief Justice Martha Koome ruling on his favor.

While that is the case, Ruto knows well enough that he needs numbers both in the County Assemblies, the Parliament, the Senate and in the Council of Governors and for that reason, tension has been mounting on his side after some of his allies victories were appealed in different parts of the Nation with Anne Waiguru being among those who could end up losing their seats.

While that is the case, it was good news today in President William Ruto's camp after a big announcement was made by Wangui Ngirici. Ngirici who was Waiguru's bitter rival announced that she had decided to withdraw her petition against Anne Waiguru. That means that Waiguru will now lead freely without the fears of losing her seat as a Governor and her position as the Council of Governors chairperson. 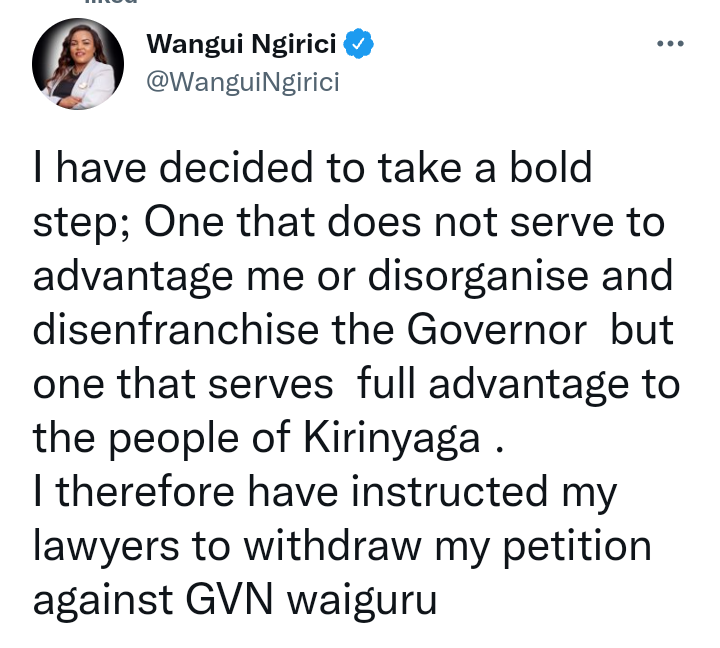