No More Secret: John Mbadi Reveals The Real Cause of Raila- Ruto Fallout

The former Prime Minister, Raila Odinga, and the Deputy President William Ruto, have gone down the history of the country's politics as one of the greatest antagonist men in politics. The cause of their antagonism is undeniably political and nothing much from this. But how did this exactly start and where will it end? John Mbadi has now revealed the truth of the source. 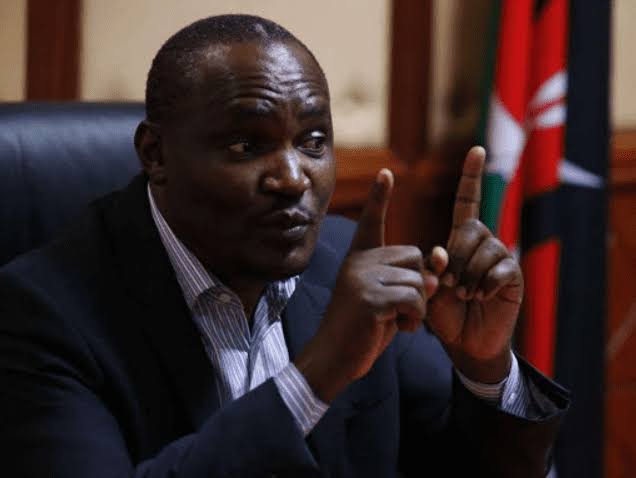 ODM party chairman John Mbadi during a past press address. Mbadi is also the Suba South MP and the Minority Leader in the National Assembly. PHOTO / COURTESY

Before 2013, Raila and Duro were two great political friends, whom no one could ever think they would sperate. Very friendly that in 2007, William Ruto put down his interest for the presidency and decided to support Raila to become the then president.

However, although the team that was allied to Raila's Candidature by then strongly believed that they had won that election, the end results of the voting process announced did not favour them and their competitor then, Mwai Kibaki, was given the sword of leadership.

Speaking on a live interview on Citizen TV yesterday, Minority Leader for National Assembly, and a great confidant of Raila Odinga, Hon John Mbadi, revealed that t is the decision of Raila Odinga, who then accepted to work with Mwai Kibaki as a Prime Minister, that angered Deputy President William Ruto.

From then, Ruto was seen to have changed his ways in the election that followed and decided to back another candidate, who won and they even ruled for two consecutive terms, Uhuru Kenyatta.

Meanwhile, the two former friends are now facing the 2022 general election as separate teams in a stiff competition, with Raila coming up with a competent coalition to meet his political rival, and Rutto bringing to get her all the hustlers in the nation.

Who will win? That's for time to answer in 2022. Share your thoughts.