According to the reports given by a reliable source of information, it has been revealed that the former prime Minister of Kenya has postponed his Alleged protest. 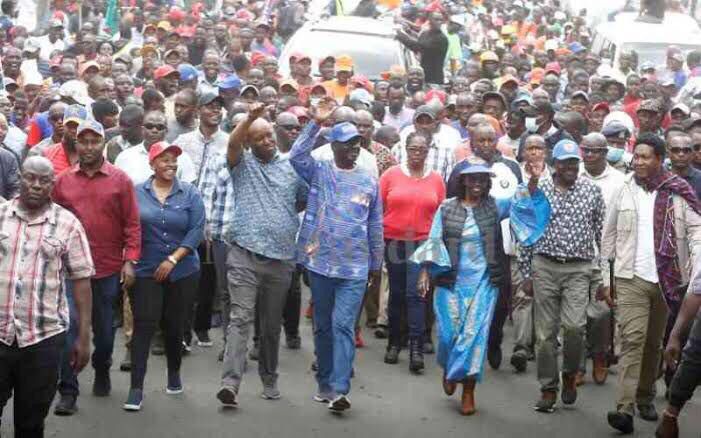 In a news report that had been shared by the former prime Minister of Kenya, he claimed that he was going to hold a major protest against the government of President William Ruto.

According to the reports given by the former prime Minister of Kenya, he claimed that President William Ruto is trying to take the country back to the Nyayo Era.

In the latest news on the matter, it has been revealed that the former prime Minister of Kenya has claimed that the protest has been canceled because of unavoidable circumstances.

While reacting to this incident, Kenyans who took to their different social media accounts to express their opinions on the matter have called upon the former prime Minister of Kenya to retire from politics and go have a rest.

According to the reports given by most Kenyans, they claimed that it is so unfortunate that the former prime Minister of Kenya is yet to go home despite the fact that age is catching up with him. 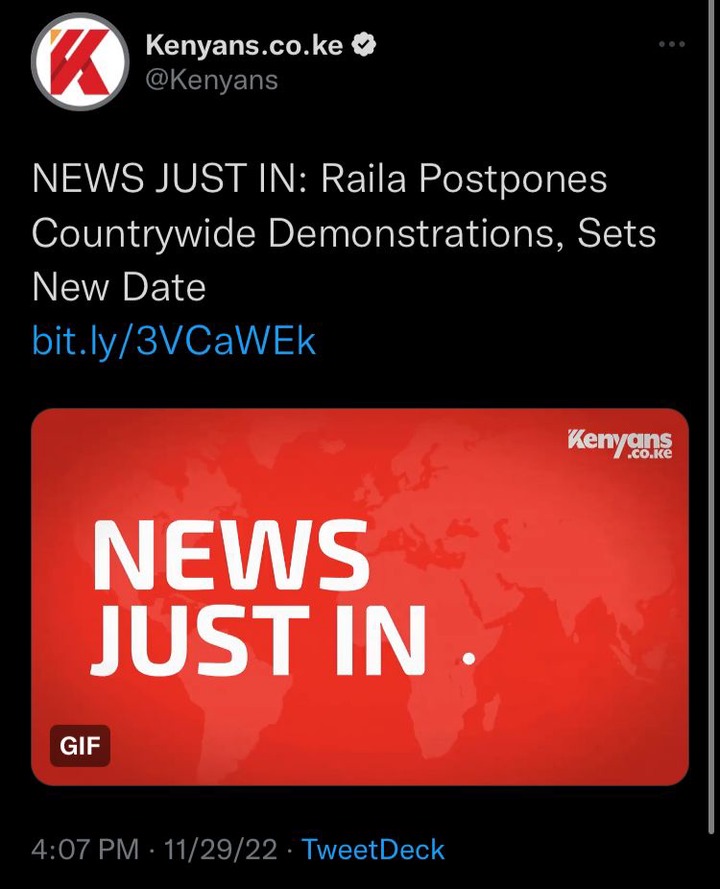 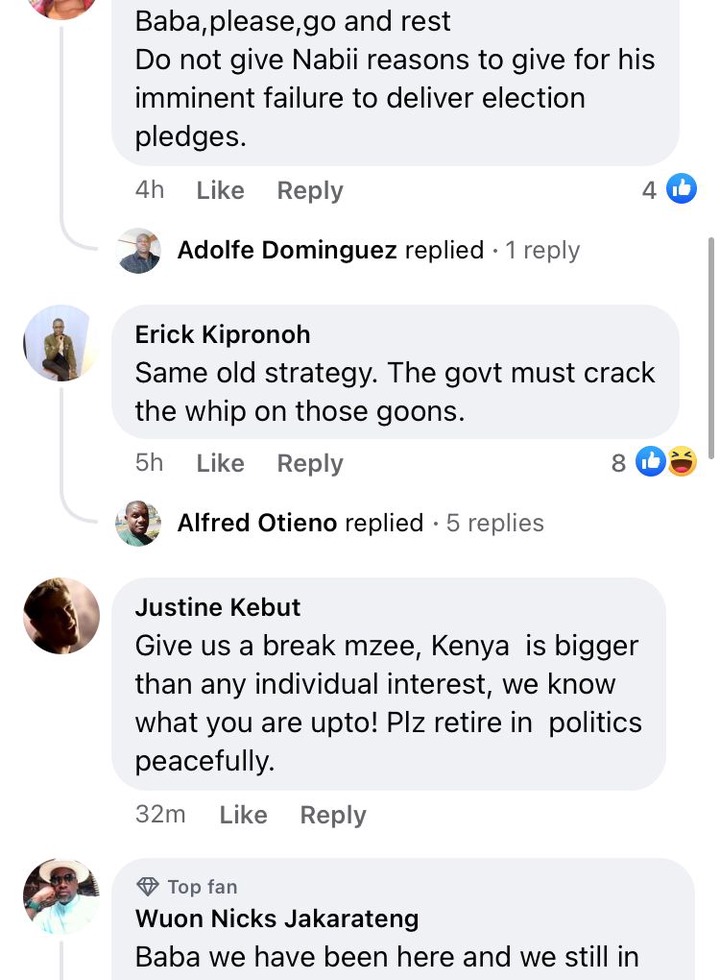 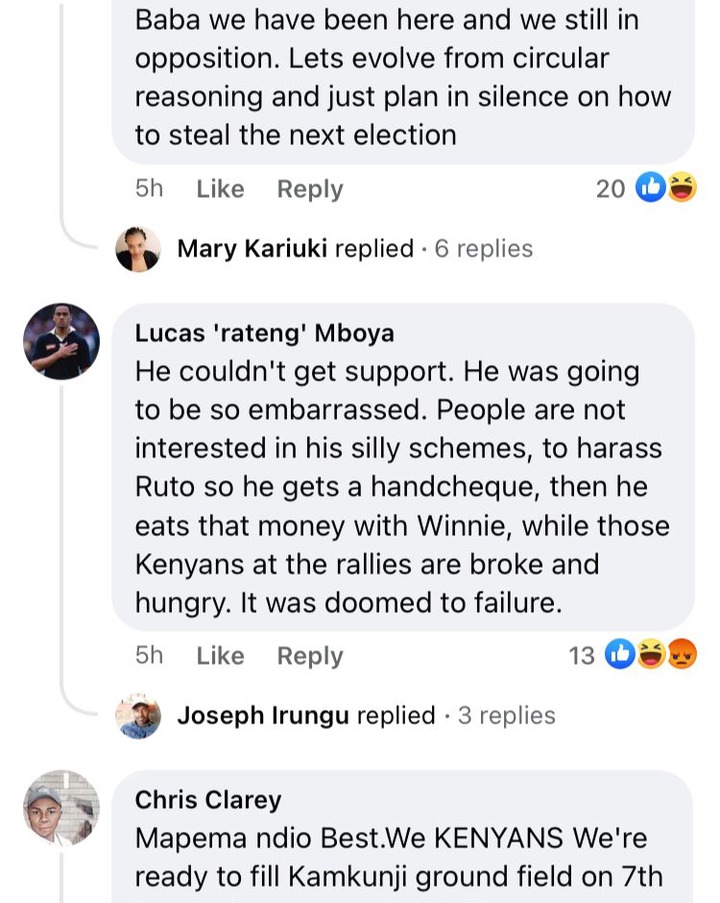