By Health.tips.com (self media writer) | 1 year ago 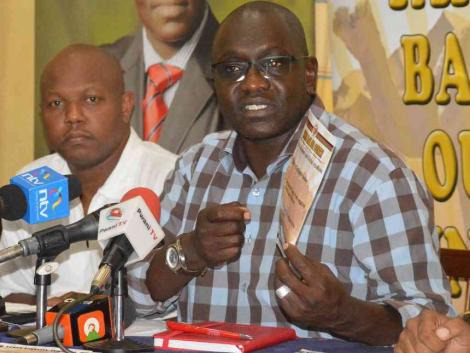 The Thirdway Alliance Kenya on Saturday, August 7, announced that its official communication channels had been compromised, accessed and under illegal control by unknown individuals.

The said channels, which include Twitter, Facebook and Emails, were allegedly compromised either by hackers or disgruntled former leaders.

The party’s Secretary General, Frederick Okango, advised the public to treat any communication coming from the said platforms as such until advised otherwise by the party.

"The matter has been reported at Kilimani Police Station and is under police investigation," stated Thirdway Alliance in a statement.

The party further noted that it had made changes to its official communication channels in a bid to keep its members and supporters informed.

This comes after the party on Friday, August 6, expelled four leaders over gross misconduct and for violating the party’s constitution. 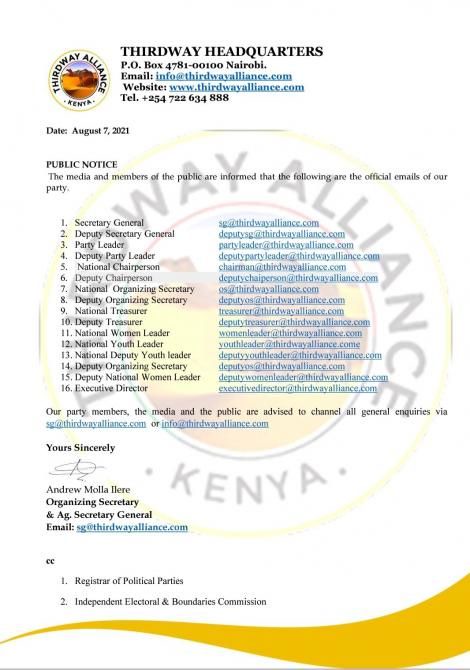 “The decision to expel the four members was made after extensively attempting to explore the provisions of Articles 14 and 25 of the party constitution that provides for the disciplinary measures of the party officials and Internal Dispute Resolution Mechanism (IDRM)," said the party in a statement.

Thirdway Alliance said the complaints against the expelled leaders were handled by NEC, saying that the four had absconded from duty for a period of more than four months against the explicit provisions of the party.

The four expelled officials have now joined hands with former party leader, Ekuru Aukot, who is currently in court to regain control of the party he help found.