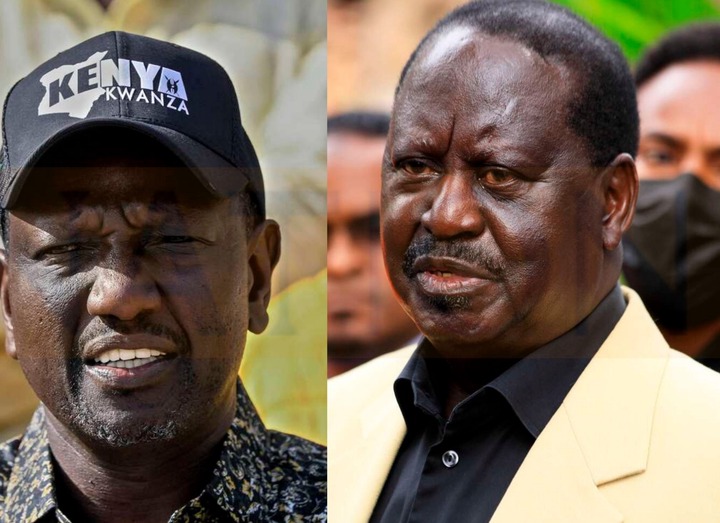 Deputy President William Ruto has again shown his top political rival Raila Odinga dust in just the released poll on the popularity of the presidential aspirants across the country by the Star Newspaper.

According to the fresh poll, the DP's popularity has shoot to 43.3% followed by the Azimio La Umoja One Kenya Coalition flag-bearer Raila Odinga who stands at 42.4%.

Third candidate in the list is Wiper leader Kalonzo Musyoka who just announced his presidential bid a week ago after failing to win the running mate chance in Azimio.

His popularity in comparison to the recent poll by TIFA has now doubled up from 2% to 4% even as his chances of returning back to Azimio seems to be getting higher day by day. 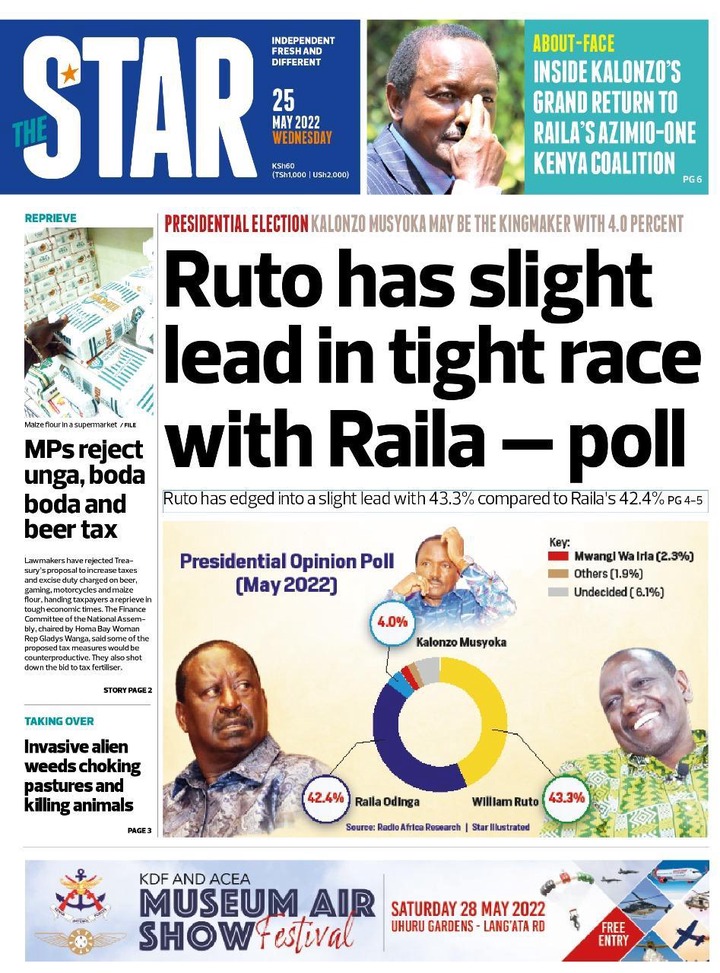 This clearly shows that the Deputy President William Ruto has put more efforts on the ground that his rival Raila Odinga in the last one week.

With regards to the recent poll by TIFA just moments after they both unveiled their running mates, the former Prime Minister to the lead with a total of 39% in terms of popularity.

He then followed by DP Ruto who had 35% and the Wiper leader Kalonzo Musyoka who had only 2%.

The poll also comes as a warning to the ODM leader Raila Odinga on how things might end up with in August elections if he continues to go slow with his countrywide campaigns and allow DP Ruto to overpower him in the game as at now.