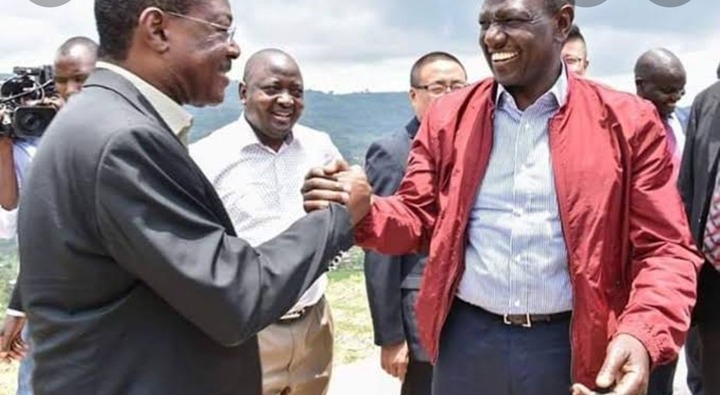 Devolution cabinet secretary Eugene Wamalwa has termed Bungoma Senator Moses Wetangula as a liar and destroyer of the Lugha community politics, urging that He misleads His people to join Ruto with Hopes of getting National Cake, but later comes back to defend His seat as the Senator, after allegedly being bribed by the Dp to sell out His people since He knows Kenya Kwanza will not win the election.

Wamalwa claims that Lugha leaders and elders are very disappointed with Wetangula since He decided to play tricks and benefit Himself financially from the Kenya Kwanza Coalition agreement, and therefore misleading His people that they will get government slots which they aren't sure of. He added that the Mp came back to vie for the position again in Bungoma since He knows they are going to lose.

"We as the leaders and also the elders in our county are very angry with Wetangula, since He has shown that He cannot be trusted with anything from our community. This has been seen since He has decided to vie for His seat in Bungoma because He knows they won't win the national election as a coalition, after He received personal finances after the agreements to sell out our people. "Wamalwa says. 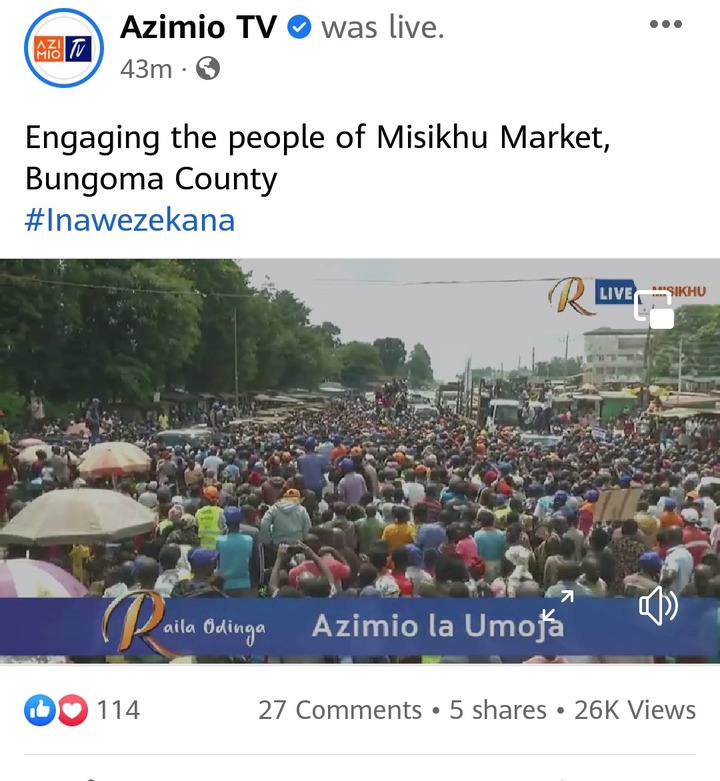 Former Mp Peter Kenneth who also accompanied Raila asked Dp William Ruto to stop bringing up debates concerning matters of land injustice, urging that He should go back to Rift Valley, hold a meeting with the Communities there and come up with a solid plan on How the 2007 post election violence victims who were chased away will get back their lands which was allegedly grabbed. Kenneth claimed that it will be a very important step to heal the wounds and also demonstrate to the people of Coast and Mt Kenya that He has their intrests at heart.

"Ruto goes around speaking about land injustices and problems yet His own backyard in Rift Valley has alot of bleeding wounds from other communities who were chased from their lands which were possessed by locals after the 2007 violence. He should call a meeting of all people living there including other tribes and make sure they get back their lands, and this will surely be an indication that He means His Manifesto for Mt Kenya and coast region. "Kenneth says.

The Azimio allies spoke in Bungoma County during their campaign rally.

We Have Tried to Reconcile Uhuru and Ruto but It Seems They Don't Want that, the Clergy Says