By Rickieenews (self media writer) | 1 month ago 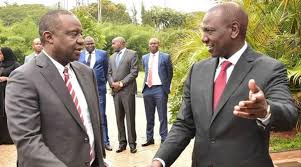 The 63 billion case involving former National Treasury cabinet Secretary has taken new twist after a mojor development in the judiciary.

His case has been in the Court for years since his accusations. However, Rotich remains guilty until or unless proven guilty.

Rotich during the infamous Arror and Kimwarer saga was involved for allegedly swindeling Ksh. 63 billion meant for the constitution of the two dams. 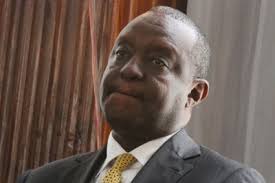 Also, the project was said to have been overcharged with some claiming extra money that was included in the bidding was to go into personal account.

However, Rotich's graft case worth 63 billion has been referred to another magistrate after high court judge Lawrence Mugambi's Judicial Service Commission nomination. 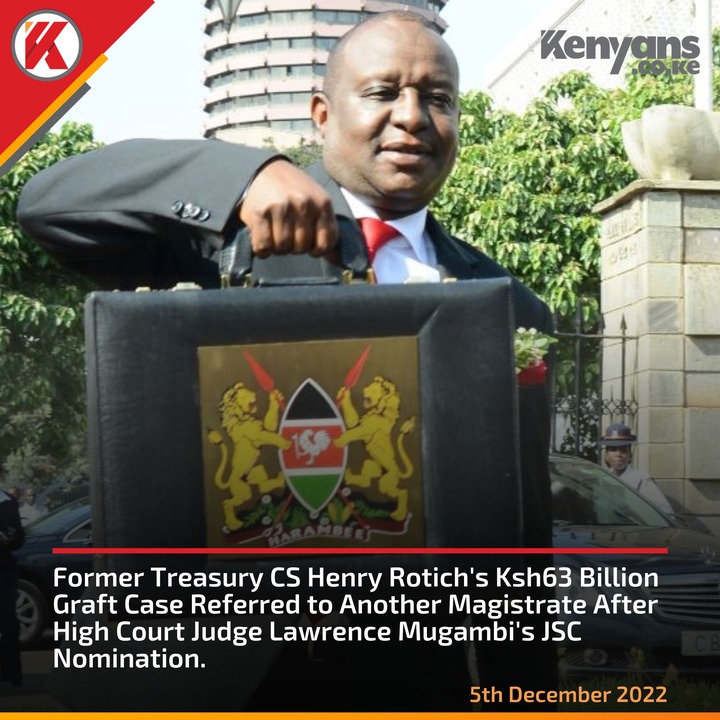 Content created and supplied by: Rickieenews (via Opera News )