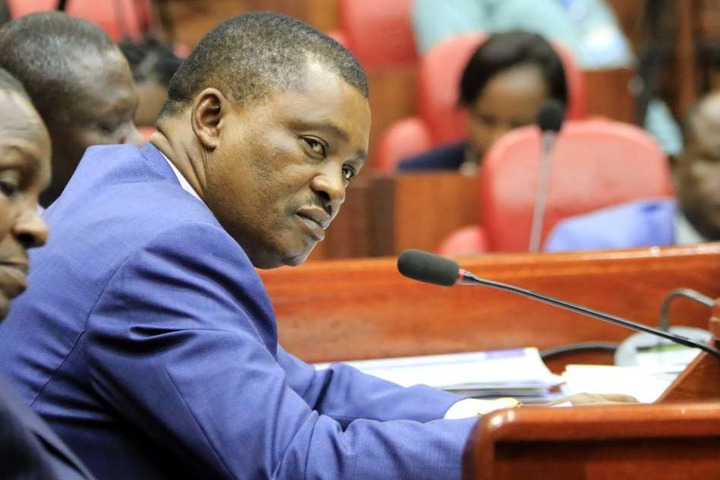 Speaker of the National Assembly Justin Muturi has been picked to run for Presidency using the Democratic Party of Kenya.

This has been revealed on Wednesday morning by the party delegates after a meeting held at white rhino on this day wenesday 22nd September 2021. 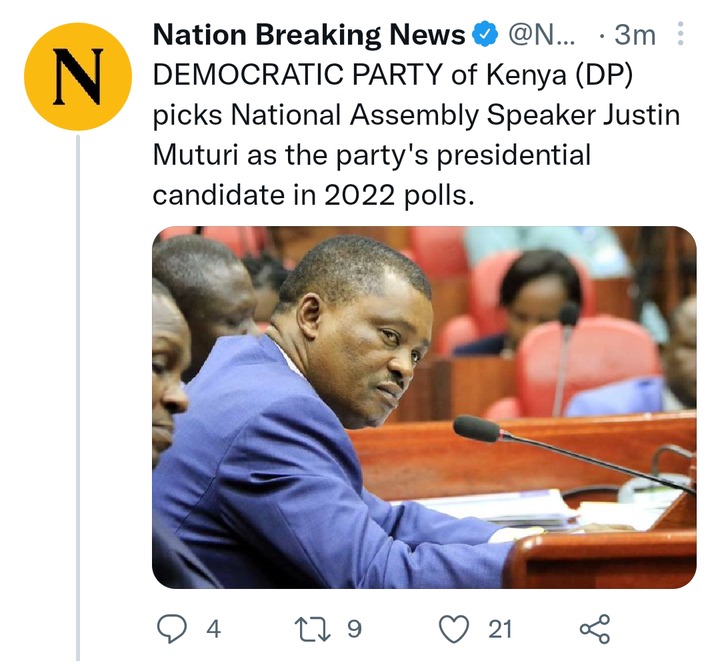 This comes barely a month after it was alleged that Justin Muturi had not found a good party that he would use to lead his presidential candidature.

According to a reliable source, Muturi’s attempt to form his party was frustrated by top government officials who claimed he is Deputy President’s project.

“National Assembly speaker Justin Muturi is the party leader of DP party. He will be unveiled today, “a reliable source said.

There are also allegations that a fresh plot is being hatched to remove National Assembly Speaker Justin Muturi whose recent installation as Mt Kenya spokesman unsettles a number of politicians from Central.

Insiders privy to the plans, which many believe will be a tall order, are said to be reaching out to many of their colleagues, especially from the minority side, to join the push.

Government Threatens To Shut Down Media Ahead of 2022 Elections