According to the reports given by a reliable source of information, it has been revealed that President William Ruto met with former president Uhuru Kenyatta in DRC. 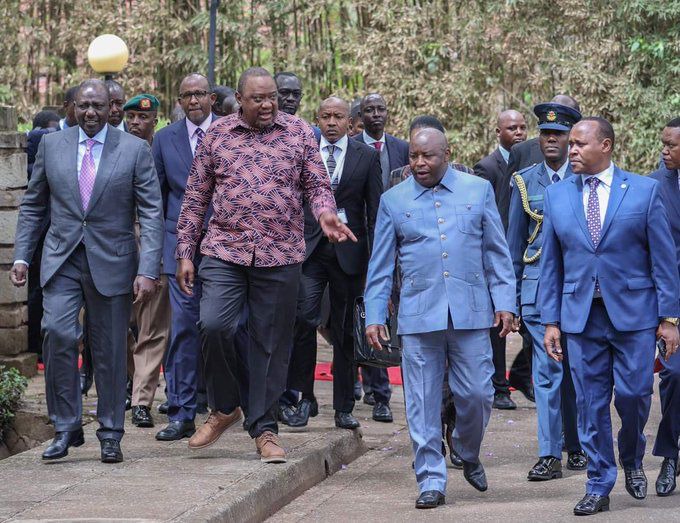 Taking to his different social media accounts to express his opinion on the meeting, renowned United Democratic Alliance party politician Cherargei has claimed that protocol was Broken when the leaders were leaving the meeting.

According to the reports given by the renowned politician, he claimed that President William Ruto should have been in the middle of former President Uhuru Kenyatta.

This is happening at the same time when President William Ruto has congratulated Uhuru Kenyatta for his job. According to the reports given by Ruto, he claimed Uhuru Kenyatta has been doing his job well.

While reacting to his post, Kenyans who took to their different social media accounts to express their opinions on the matter have called upon the renowned politician to stop correcting the President's

According to the reports given by most Kenyans, they claimed that it is so unfortunate that the renowned politician is trying to discredit these leaders despite the fact that they were walking out of a Meeting. 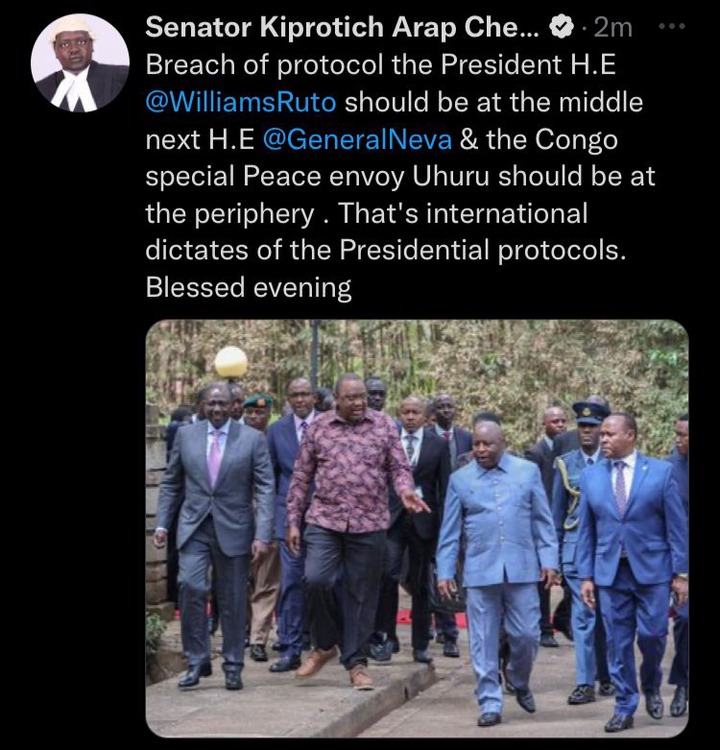