By OurWorldPolitics (self media writer) | 26 days ago 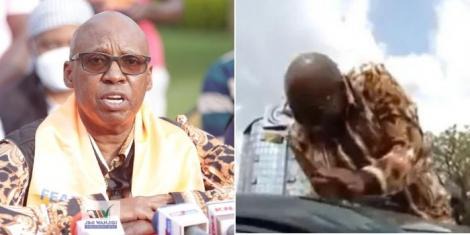 Jimi Wanjigi has just completed his tour in the larger Nyanza region where he was trying to consolidate votes from the Odmparty stronghold. But a faction of Raila Odinga supporters are not happy with Jimi Wanjigi.

According to Odm party supporters, they interpret 'Fagia Wote' to mean changing everything in the party including sending Raila Odinga home. The fact that Jimi Wanjigi is using people that are not known to be die hard supporters of Raila Odinga, also is causing divisions within the party.

Jimi Wanjigi is using parallel officials while visiting regions. This has brought questions among the Odm party supporters on his allegiance to the party leadership. He has also opened parallel party offices which has attracted criticism from party supporters.

I don't know what you think but that's my take. Do you think Jimi Wanjigi is working with the blessings of Raila Odinga? Leave your comment below and remember to click the follow button.

Tuju Sends a Stern Warning To Raila Over 2022, Reveals How Kamanda And Kega Are Deceiving Him

Kiunjuri To Ruto; We Will Support Anybody Who Will Ensure Mt Kenya Gets More Resouces After 2022

"Your Time is up, " Mutua Tells Kalonzo After Wiper is Defeated in Musumba Polls by UDA

Waiguru Delivers Bitter Message To Mt. Kenya Residents, Says They Don't Have A Candidate In 2022