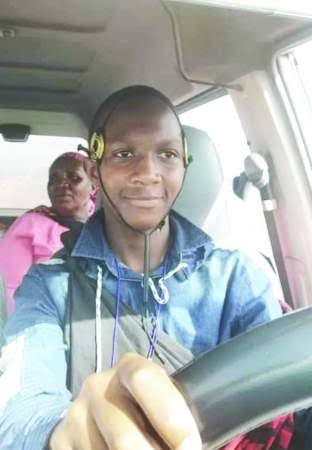 A contingent of detectives from various departments of DCI's National Forensic Laboratory visited the home of Congressman nominee David Sankok to reconstruct the scene of the death of the lawmaker's son, Memusi Sankok.

The glaring inconsistencies in witness testimony and gray areas that littered the 15-year-old's death prompted the takeover of the investigation by DCI headquarters homicide detectives, who are expected to be present at a repeat autopsy to be conducted Friday.

The complete documentation of the scene began with the exact distance between Sankok's Osim hut and his home in Narok County.

The detective team sealed off the house and went in dressed in white while trying to reconstruct the scene of Memusi's death; by looking at the location where the body was found and the ways he managed to take his own life by shooting himself in the chin with a shotgun.

Samples of brain spatter in the room where Memusi is suspected of having shot himself were collected and observations were made to see if they matched a point-blank gunshot.

A further round of interviews was conducted with family members and staff at the nominee's home. Previously, there were glaring inconsistencies in statements recorded by detectives in Narok County, where some family members reportedly had different versions of some members' whereabouts during the incident.

Measurements of the shotgun used were taken and will be fitted to the lengths of Memusi's hands to determine how he was able to pull the trigger and end his life. If he pulls the trigger at all, gunpowder residue is said to be found on his hands.

The repeat autopsy, performed by the government's chief pathologist, Dr Johansen Oduor, is to determine if Memusi had burns to his chin, as forensic psychologists say that in most suicide cases, the victim presses the gun nozzle against their skin to avoid missing the shot. This causes a burn popularly known as a tattoo.

Experts are also skeptical about the version that he accessed his father's gun in a safe and went to another room with it to take his own life.

They claim that death by suicide most often occurs as soon as the person picks up the gun.

The autopsy will be carried out at the Umash Funeral Home in Nakuru, where Memusi's body was taken last week.

Meet The Only Presidential Candidate Who Doesn't Bribe Voters