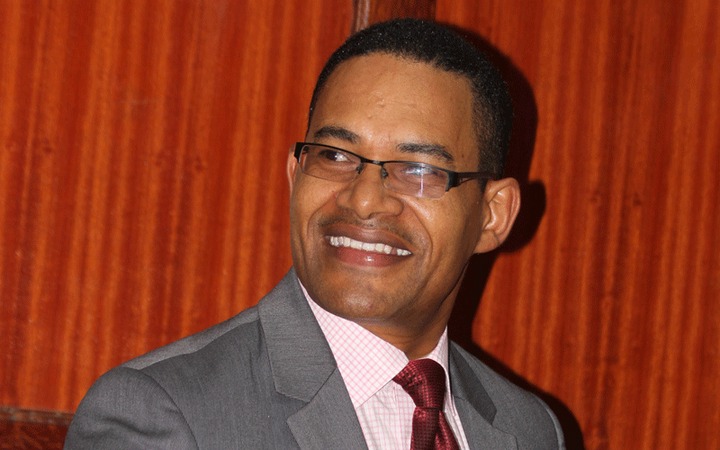 A second petition has been filed challenging the Government's move to deny state services to unvaccinated Kenyans.

Under a Certificate of urgency, Businessman Enock Aura through lawyer Harrison Kinyanjui says that the directive by Health CS Mutahi Kagwe is tyrannical and an abuse of power on his part.

In the petition, Kinyanjui says that the directive made on November 22 this year directing and threatening to lock out Kenyans from accessing in-person Government services unless they have been vaccinated is a gross violation of the constitution.

"The said cabinet Secretary's impugned oral decree is not law, yet by its public broadcast it purports to mandate all Kenyans must be vaccinated as a precondition to accessing in-Government services even extending to private businesses," he argues.

Kinyanjui insists that there is no hard copy of the edict yet Kagwe has taken to Social media to publicize the directive as law.

"The respondent has ensured that no hard copy of his impugned edict is available even to the most conscientious Kenyan seeking it, yet his Ministry has taken to Social Media to post and to publicize the same as law,"Kinyanjui argues.

The lawyer says barring unvaccinated Kenyans from using public transport is an affront to the right to freedom of movement who have a right to travel anywhere in the Country without lawful inhibition.

Aura is seeking to convince the court to overturn the directive by Kagwe directing unvaccinated Kenyans to receive a mandatory Covid-19 vaccine.

Aura adds that the Constitution forbids the State from discriminating directly or indirectly against any person on grounds of health status.

Kinyanjui says unless Kagwe's directive is checked thousands of tax paying Kenyans will be denied access to Government services which they have been funding without equal benefit.

Kinyanjui says that Kagwe is subjecting Kenyans to untested vaccines.

He says that Article 32(3) of the constitution has provided every Kenyan with the right to refuse medical treatment such as the coerced Covid_19 vaccinations.

Justice Hedwig Ongundi certified the matter as urgent and directed that the matter be mentioned on December 20 before Justice Anthony Mrima who is hearing another matter challenging the edict.

In a brief ruling, Justice Mrima declined to issue a conservatory order in the matter lodged by a Kenyan Lawyer pending the hearing of the application on December 20.

"I will not issue any interim orders at this stage until I hear the parties before the government directives take effect on December 21," Justice Mrima ordered.

The Judge further granted Attorney General Kihara Kariuki who is representing the Ministry of Health CS in the matter 10 days to file their pleadings in the case filed by Lawyer Winfred Otieno Ochieng.

"I direct all parties to file their responses and submissions before the hearing of the matter on December 20," Mrima said.

The directives by the court came after the AG through lawyer Victor Ondieki not to issue the suspension orders until the application dated November 23 is heard. He however urged the court AG Kihara 14 days to file a response in the matter.

Lawyer Ochieng had urged the court to issue temporary orders stopping the implementation of the state directive until the matter is heard.

In his application, Ochieng wants the court to quash the Health Minister's order compelling all Kenyans to get vaccinated by December 21 is unconstitutional and illegal.

The court suit comes after Health CS Kagwe in a press briefing said that from December 21, people seeking in-person government services should be fully vaccinated and should show proof of vaccination. The services include tax, immigration, port, and hospital services, he added.